How to Honor Singles in Your Church

Singles need space for grieving and celebration—and the church can offer both.
Read in Multiple Pages 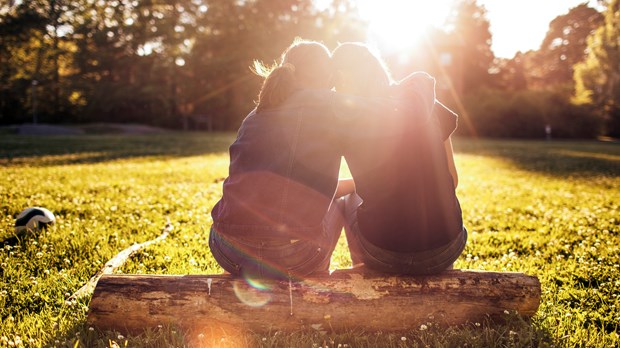 One of the most popular topics on WomenLeaders.com in the past year has been singleness, so we sat down with Joy Beth Smith, author of Party of One (Thomas Nelson, 2018) to learn how the church can better serve singles, and how her research applies to single women in ministry. —Amy Jackson

WomenLeaders.com: Who did you write this book for?

Joy Beth Smith: The book is written for single women in adulthood who are still longing for marriage. There are lots of women who aren’t in that place, women who are single and are happy there and don’t really see marriage in their future—and that is awesome—but this is for the people who say, “I really want to be married, and I’m not, and I’m struggling to find my place in the church and in the world.”

What prompted you to write the book?

I am an Enneagram two, and that means that I see needs and I want to meet them—and I really saw a need. Michael Hyatt describes the Sherpa, the sage, and the struggler in writing. The sage is the one who stands at the top of the mountain, and this is the guy with the PhD who’s writing books about statistics about singleness. The Sherpa is the one who’s done this route before, so this is the married person who’s writing about dating and singleness. The struggler is the one who’s struggling up the mountain with you.

Where I saw a need was for the voice of the struggler. There are lots of the sage, there are some of the Sherpa, and both of those can sometimes come off as condescending or out of touch, that they just don’t understand the struggler very well. So I wanted to be the struggler in this and say I totally understand weeping in your car at midnight with your 90s nostalgia music blaring because you just really like that boy and he won’t text you back and you’re still in this place at 30-years-old! We need the struggler to provide a place to talk about how out of teach we feel with the church and our communities.

As the struggler, you end up sharing a lot of personal stories.

Yes, much to my dad’s dismay!

There’s something beautiful about saying “I’m in the midst of this, and you can laugh with me and cry with me.”

Yes! I’m not on the other side of this. But that’s also what makes this terrifying. There’s no resolution. I could still be single for a long time. And that’s part of the message of this book—that’s not a bad life, and I think we need to stop painting that as a bad life. We need to build a culture that says that’s still a life worth living. It’s not a B+ life—it’s an A life. And we can create a culture in our churches and in our communities that brings respect and celebration to the single life. It’s hard enough to live with that unfulfilled longing, and it’s even worse when there are people making me feel like it’s a less-than life.

Paul says it’s better to be single than it is to be married. There’s so much that can be accomplished for the kingdom. Look at Paul and Jesus and Mother Teresa. There are things that I can do besides children’s church and the nursery that I don’t think get the credit that they should. There’s not only so many things that can be done for the kingdom but also in relationships. A friend of mine has two foster babies, and I can leave in the middle of the night and go be with her if I need to, when a mother of three cannot. I have opportunities that other people don’t have because I don’t have those responsibilities.

What do you wish people in ministry knew about single women in the church?

In singleness, the two things that we aren’t making space for in the church—and that we need to make space—are celebration and grieving. So here’s how that looks: We don’t get to have wedding showers or baby showers. Today I got a shower for putting out a book, and that’s amazing, but not everyone gets to put out a book—but their lives are still worth acknowledging and celebrating. This is especially true for people who don’t live near family and who don’t have people who are recognizing that, and I think that’s the church’s job. It’s not even just an option, it is the church’s job to come alongside single people and say, “I see you, and I recognize you, and I am choosing to celebrate your life.” This will require completely rethinking the church and the church programming and the church calendar. It’s unnatural to what we’re doing right now. It’s going to take looking at the calendar and noticing major holidays where singles might not have a place to go, like Valentine’s Day, Thanksgiving, Christmas. And that will take intentionality and it will take listening to the singles in your church and asking them what their needs and being willing to sacrifice some of these annual family events for the sake of the singles in your church—and I think we should be willing to do that.

A friend was telling me that his church is doing a couples’ dinner for Valentine’s Day, and I thought, Well, that seems totally fitting. In my launch team for my book, I’ve been chatting with 100 single women, and in the last few weeks, everyone has gone quiet. Recently, someone asked why this was and everyone responded with something like, “Valentine’s Day is really hard for me. I’m sorry I’m withdrawing and isolating myself; it’s something that happens every year.”

So I was talking with my friend about how difficult it is, then, to be in a church that says, “For couples who would already be celebrating Valentine’s Day, let’s reinforce that narrative and celebrate it in another way.” Which leaves singles feeling isolated. When the church could have instead completely flipped the script and said, “We’re actually going to use this as an opportunity to celebrate our singles”—or even celebrate everybody, like a love day celebrating relationships in general. Or a movie night, saying if you don’t have a place to go, we have community for you. Or a fantastic dinner everyone can come to. It’s up to your church to think through what it wants to do. But it would have been a beautiful opportunity for people who are already being excluded to have had a place that says, “We see you. We see exactly what’s going on, and we want to offer you sanctuary.”

So that’s one thing that singles absolutely require from the church. The other thing is space to grieve and lament because there are a lot of things we’re losing. One of them, obviously, is the opportunity for biological children, but it’s also a level of intimacy we may never get to know, no matter what our community is like. There’s the future we had envisioned for ourselves that we may not get to have, and that we don’t have right now. I think it’s biblical to say, “We will sit with you in that lament, and we will grieve with you, and we won’t give you pat answers, and we will embrace this longing and lament with you. And then we will also choose to celebrate the life you do have and honor it.” It’s a both-and. As single people, we constantly need to be reminded of the tension of both.

We’re making progress here with infertility, even if there is more work to be done. When women aren’t able to have children or they lose a baby, we’re able to say, “I’m so sorry for that loss, and I’m going to choose to sit with you in this.” We understand this clearly as a longing that’s not being met, and we can understand why that hurts, and why that would be devastating. But when we see a woman with a broken heart, it’s just sad—it feels juvenile. When in reality, it’s still a relational desire that the Lord has given us that is good, and yet we’re unable to acknowledge it as such for some reason. Which is pretty devastating to the person who’s already struggling to deal with that trauma and the church is telling her, “You’ll be fine. You’ll heal up. Shake it off.”

What message do you have for single women in ministry, specifically?

In writing the book, one of the things I did was gather roundtables of single women all around the country. We varied in age and ethnicity. Some were divorced, some had never been married, some had kids. If you’re going to sit in a room full of strangers, and the only thing you have in common is that you don’t have a spouse, what would you say?

It created this beautiful authenticity and support, because there’s no competition there. There’s no one-upmanship. If I were in ministry, that’s something I would find—that place where I could come and grieve and be heard and know that there are other people saying, “Yes! I completely understand!” And I know there probably aren’t a lot of places like that, so it might even have to be online, but there’s something to be said for community, for having people around you who can say, “I hear you, and I know exactly what you’re talking about.” It’s worth doing because that community is invaluable on the hard days when people are really insulting and say really horrible things, when you feel so lonely, and when you question your ability to lead. When all those unfortunate circumstances arise as you’re in ministry, community can help insulate you from some of that. And it may take knitting yourselves together awkwardly at first, but it can turn into something really beautiful later.

For support if you’re single in ministry, see Navigate Singleness in Ministry.

To learn how you can support single women in ministry, check out “10 Ways to Help Single Women Flourish in Ministry.”

To discover ways to integrate singles into small-group ministry, read “Why Your Small-Group Ministry Needs Singles.”

Joy Beth Smith is a managing editor with Christianity Today and the author of Party of One: Truth, Longing, and the Subtle Art of Singleness.

Read in Multiple Pages
Leadership|Singles|Women
February08, 2018 at 8:00 AM

How to Honor Singles in Your Church

END_OF_DOCUMENT_TOKEN_TO_BE_REPLACED

Women of the Bible
END_OF_DOCUMENT_TOKEN_TO_BE_REPLACED