When the Path to Ministry Is an Obstacle Course

What if the things that seem to get in the way of ministry actually qualify us for it?
Read as Single PagePage 1 of 4 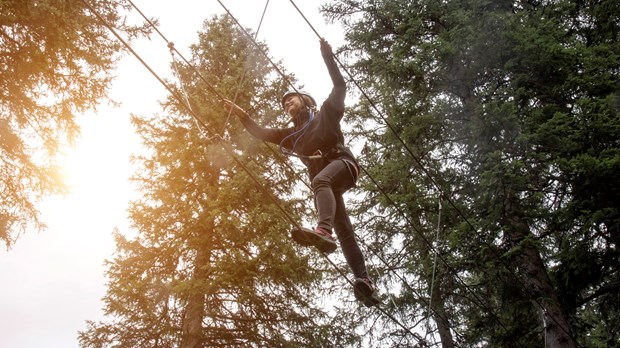 As a college student I found myself in crisis. On the one hand, I felt an intense call to ministry—concern for the needs of the world and an indescribable pull to do something about it. At the same time I found myself in a context in which (out of an admirable desire to honor their reading of Scripture) many of my professors were actively discouraging of ministry for women. Trying to fit what felt like a tidal wave of calling into that tiny box of limitations brought real confusion and pain, which not only affected my sense of calling, but also my whole sense of self and of God. Meanwhile, the world was telling me to fight for my rights. It gave me a ready-made—but not very Christlike—response for the pain I was feeling.

I’ll never forget the day that my husband, Jamie, who was taking Greek at the time, came home and told me about the word he was studying—hesuchia in 1 Timothy 2:11–12, which is translated as “silence” in “Let a woman learn in silence.” He’d discovered that the word was not necessarily total quietness but had connotations of peacefulness (in fact, earlier in the same chapter, in verse 2, a word based on the same root word is translated “peaceful”). While he was excited to tell me that the Bible wasn’t telling me to shut up, I was deeply convicted. I wanted that kind of peace, but all I felt was anxiety. I had to laugh at the irony: God had hidden a directive for peace in this very passage which was the source of my disquiet. On that day I decided to trust that there had to be a way that the God in my heart was the same God in the Bible and the church. I knew that peace meant trusting that God was One even if I couldn’t see it yet.

Lack of Purpose in the Workplace

It was with those questions yet unresolved but a willingness to sit in the tension that I graduated and stepped into the workplace. Jamie had always felt drawn to teaching, so we agreed that he should pursue his PhD. This meant a move to England and working in whatever job I could get to support us while he studied. It was humbling to discover no employer cared that I got the Greek award and instead asked how fast I could type. For three years I worked as a receptionist in a sales office answering phones, wondering why God had laid on my heart the longing for full-time ministry.

Meanwhile, friends were adding to my frustration by saying: “You’re gifted too. Why are you following your husband all over the world and working in a job you hate to support him in his ministry?” I had to return to that conviction to have peace knowing that God was One. So I asked myself: Even if I can’t see it yet, is it possible that the God in my life and the God in my heart is One? Could the God who is calling both Jamie and me know that we’re married and our callings are interwoven?

When the Path to Ministry Is an Obstacle Course

END_OF_DOCUMENT_TOKEN_TO_BE_REPLACED

Men and Women Working Together
END_OF_DOCUMENT_TOKEN_TO_BE_REPLACED