Important developments in the church and the world (as they appeared in our December issue).
CT Staff|November 27, 2018
Image: KTS Design / Science Photo Library / Getty

Congolese gynecologist Denis Mukwege was named a co-recipient of the Nobel Peace Prize for his work bringing physical and spiritual healing to tens of thousands of women raped by militants in the country’s civil war and ongoing conflict. At the Pentecostal-run Panzi Hospital in Bukavu, he provides holistic care for women, starting with a specialized procedure to address fistulas and other injuries from rape. Mukwege has led a crusade against sexual and gender-based violence, saying to fellow Christians, “It is up to us … through God’s Word, to exorcise all the macho demons possessing the world so that women who are victims of male barbarity can experience the reign of God.”

The highest court in the United Kingdom ruled that the evangelical owners of Ashers Baking Company in Belfast could not be compelled to decorate a cake to say “Support Gay Marriage” in violation of their own beliefs. The five UK Supreme Court justices unanimously agreed with the bakers that declining a cake based on a message is different from discriminating against a client because of their LGBT identity or stance. The case was similar to Jack Phillips’s recent Masterpiece Cakeshop win before the US Supreme Court but resulted in a much broader victory for free speech protections.

The teen celebrated across West African churches as an inspiration will be kept as a “slave for life” by Boko Haram rather than executed. The Nigerian terrorist group’s ISIS-affiliated faction had earlier threatened her with death. Leah ... 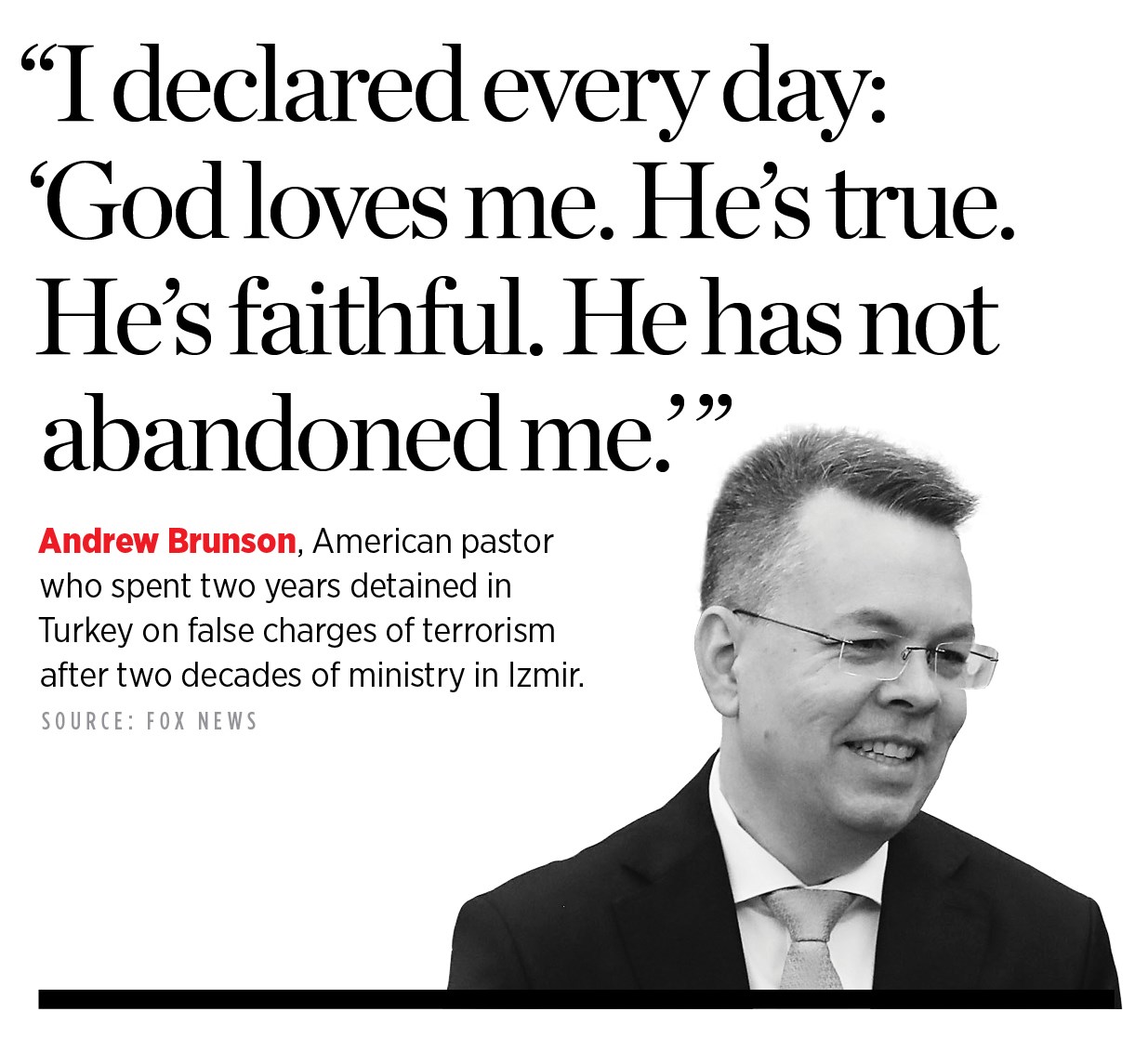