Scott Sunquist will be the third global missions expert leading a top seminary.
Kate Shellnutt|October 15, 2018 10:03 AM 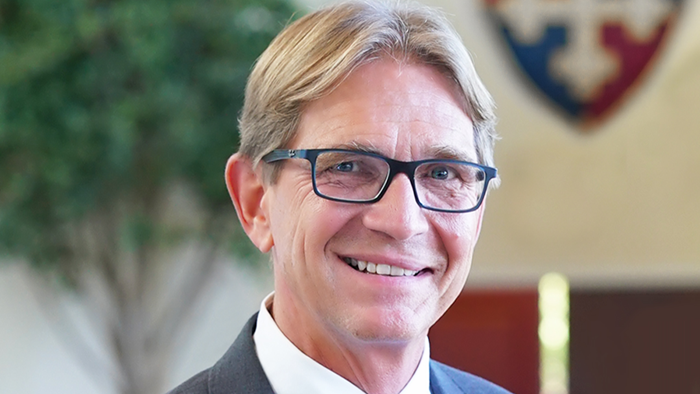 With an interdisciplinary background studying evangelism, church history, and the global church, Sunquist reflects the missional focus at Gordon-Conwell and the growing presence of missions experts in seminary leadership. He will succeed current president Dennis Hollinger, who will retire at the end of this school year.

“The appointment of Scott Sunquist signals to me the commitment of the trustees to affirm the strong theological heritage of Gordon-Conwell, as well as the need for a leading seminary like it to engage in the major cultural and ecclesial challenges we face in our day,” said Timothy Tennent, president of Asbury Theological Seminary and a Gordon-Conwell alumnus, in a statement to CT.

“While Sunquist is an ordained minister in the PCUSA, presidents of ATS schools come from many diverse contexts,” he said. “The most common candidates come from the church—denominational executives or executive pastors of larger congregations—but many come from theological schools, quite commonly as former academic deans and faculty with administrative experience.”

A multidenominational school founded by Billy Graham, Harold John Ockenga, and J. Howard Pew in 1969, Gordon-Conwell has grown into one of the 10 largest seminary programs in the US, welcoming students from more than 50 nations last year. Its main campus in Hamilton, Massachusetts, houses the Center for the Study of Global Christianity and the Wilson Center for World Mission.

“I want to seamlessly weave together spiritual and character formation with academic excellence,” said Sunquist, a former missionary to Singapore and an ordained Presbyterian Church (USA) minister, in a 2016 Fuller video on his calling. “… That is good Christian theology. We pray, we study hard, we can’t cut corners anywhere.”

Over the past six years, Sunquist grew Fuller’s School of Intercultural Studies—once the School of World Mission—into a robust program for training missionaries and church planters alike. The seminary celebrated the “significant impact” of his leadership, noting his efforts to advocate for international students; consistently offer programs in multiple languages; and diversify the faculty and staff, including the addition of half a dozen Asian and Latino professors.

Himself a Gordon-Conwell alumnus, Sunquist spent the bulk of his teaching career (17 years) at Pittsburgh Theological Seminary and developed a reputation as an expert in missions and the church in Asia in particular, writing acclaimed titles such as The Unexpected Christian Century: The Reversal and Transformation of Global Christianity, which won the annual book award from the American Society of Missiology (ASM) in 2016 and Understanding Christian Mission: Participation in Suffering and Glory, which won a CT Book Award in 2014.

“I am delighted at the appointment of globally-minded and internationally-experienced scholar on world Christianity to lead one of premier evangelical seminaries in the United States,” said Rich Starcher, who serves as editor of ASM’s journal, Missiology, and teaches at Biola University’s Cook School of Intercultural Studies. “Sunquist brings to this role not only a heart for the world but also a deep understanding of the global church.”

“For some time, my belief has been that the time in which we live calls for preparing leaders who are global in vision, missional in thrust, biblical in conviction, Christocentric in orientation, authentic in relationship, multiethnic in appeal, socially just in consciousness, entrepreneurial in mindset, and collaborative in approach,” said Claude Alexander, chairman of the Gordon-Conwell board of trustees (and also a member of Christianity Today’s board).

“Scott is a missionary, scholar, pastor, and administrator who exhibits these characteristics himself and can raise up new leaders with a passion for reaching the world for Christ. He is a transformative leader who can usher Gordon-Conwell into its brightest years.”

“Great that a missiologist will be leading GCTS into the future!,” tweeted Allen Yeh, a Gordon-Conwell alumnus and missiology professor at Biola University.

“I think his faculty background and his missiological orientation will serve him well,” Tennent told CT. “As a faculty member, he will be well-versed in the peculiar governance structures of higher education, which often has confused large church pastors who serve, structurally, as CEOs.

“However, more important is Scott’s missiological training. This will enable him to lead Gordon-Conwell within the context of an emerging North American culture, which is increasingly post-Christian.”