Last Sunday's removal of president Manuel Zelaya by the Honduran military has drawn strong criticism from the international community, uniting such disparate voices as Barack Obama and the United Nations with Hugo Chavez and Fidel Castro. Yet evangelicals in Honduras tell CT that the majority of the Central American nation – including its Protestants and Catholics – are in favor of the removal of Zelaya, though not necessarily of the military method.

"It's sad to see the OAS and the UN forcing Honduras to take back this president," said Maria Elena Umana-Alvarez, a well-connected Honduran evangelical. "We feel that what has happened is a reply to the fervent prayers of so many Christians. For many of us, it's not a coup, but the rescue of our country and our democracy."

Below the jump is an analysis of the situation offered by ASJ, a Christian social justice organization in Honduras. 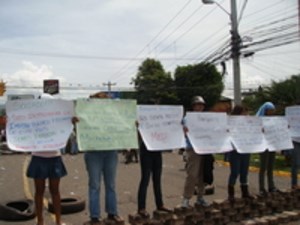