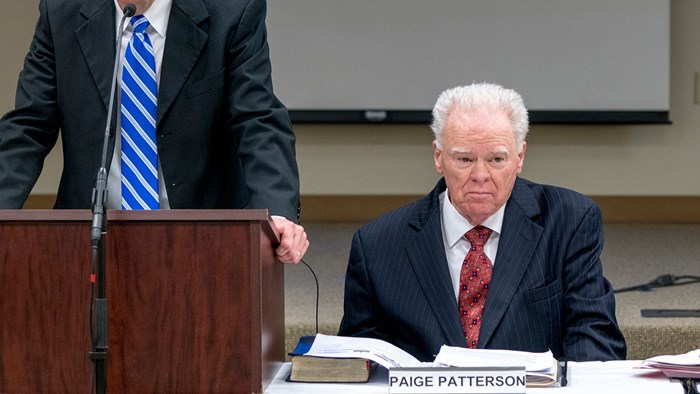 Image: Adam Covington / SWBTS / Baptist Press
Paige Patterson at the May 22 special board of trustees meeting where trustees voted for his early retirement.

Update (June 1): Paige Patterson lied to the board of Southwestern Baptist Theological Seminary (SWBTS) about a rape allegation that came before him at another seminary, withheld documents from his previous presidency, and referenced attempting to “break down” the victim of a more recent rape incident, according to a new statement released Friday by the chairman of the school’s board of trustees.

The SEBTS graduate—whose story was reported in The Washington Post and who has since made her case public on social media—claimed that Patterson and fellow officials did not report her rape, discouraged her from doing so, and urged ...