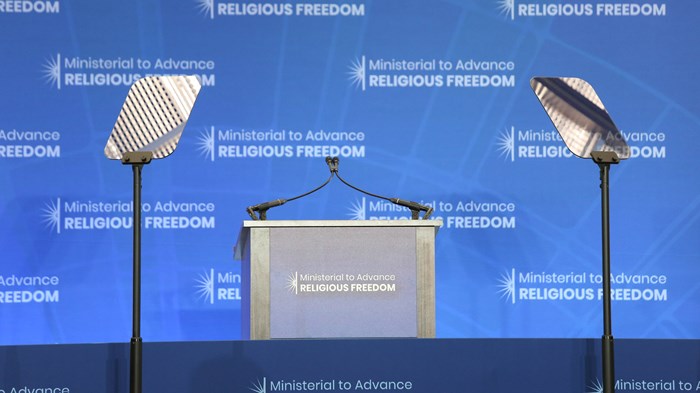 Amid the COVID-19 pandemic, the third Ministerial to Advance Freedom of Religion or Belief was hosted this week outside the United States for the first time—in Poland.

Next year it will take place in Brazil.

Launched in 2018 by the US State Department, the ministerial brings together the world’s top diplomats to ensure religious freedom remains an integral focus of international foreign policy.

The focus is necessary: 80 percent of the world’s population lives in nations that restrict religious freedom, according to the Pew Research Center.

And the pandemic has only increased persecution.

“The need to expand religious freedoms and protect religious minorities has become a global priority.”

The novel coronavirus took center stage at the two-day conference, hosted virtually by the Polish Ministry of Foreign Affairs. 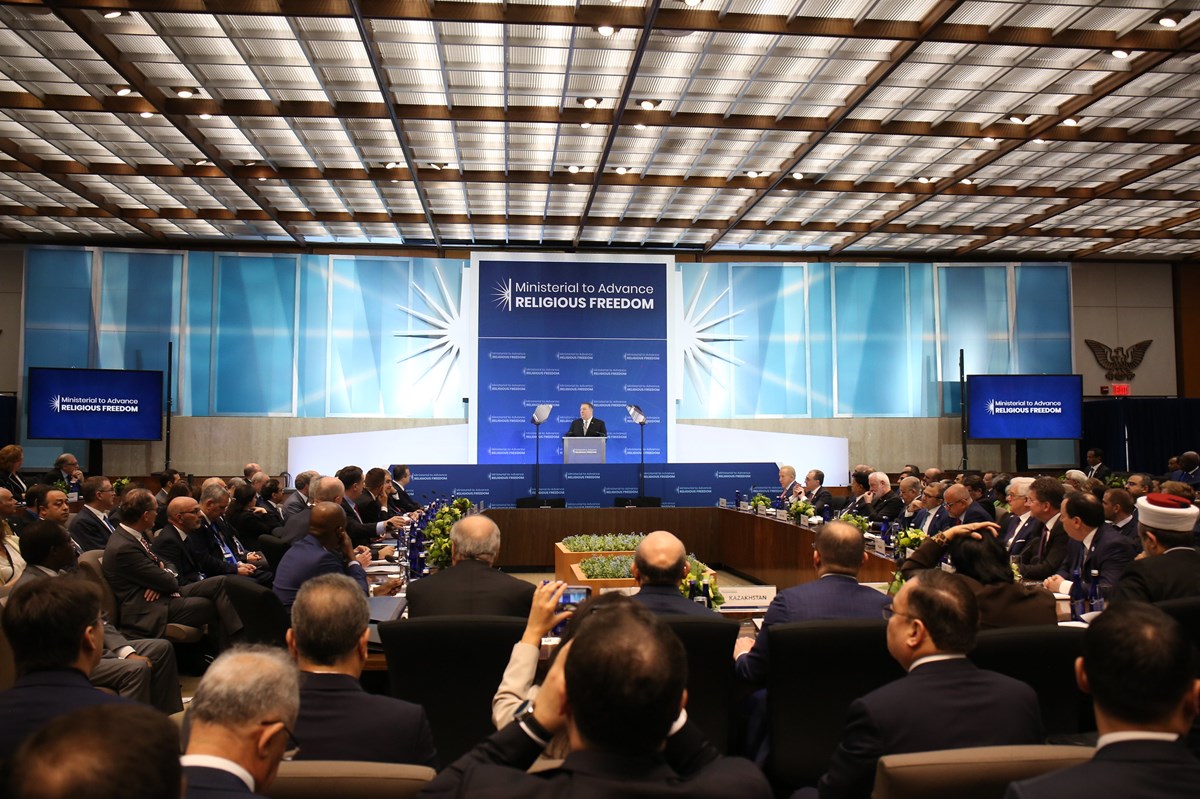 The 2019 Ministerial to Advance Religious Freedom drew about 1,000 delegates to Washington. This year's event was hosted online by Poland due to the pandemic.

Gayle Manchin, chair of the US Commission on International Religious Freedom (USCIRF), said restrictions on religion began as early as March.

“Some countries will not act unless they are named and shamed, and unless we are relentless,” said David Harris, executive director of the American Jewish Committee.

“Our job is to outlast our adversaries by at least one day.”

The problem is not only outside the United States. Orthodox Jews require the presence of 10 people to pray, and have faced restrictions in their religious rights, he said. And the latest FBI hate crime report found that Jews suffered 60 percent of all religiously motivated crimes in 2019.

Paradoxically, the pandemic offers a great antidote to religious prejudice—one that should be “shouted from the rooftops,” Harris said.

The couple that developed the Pfizer vaccine are Muslim Turkish immigrants to Germany. And the chief medical officer behind the Moderna vaccine is an Israeli Jew.

“We want to believe that our prayers will protect us,” Harris said.

“But we are sitting ducks, and we need each other’s help and support.”

The relief requires a global response, said Ahmed Shaheed, UN special rapporteur on freedom of religion or belief. He highlighted that one of his three coronavirus-related statements called out the surge in antisemitic conspiracy theories.

He also reminded officials of the Universal Declaration of Human Rights and of the International Covenant of Civil and Political Rights.

These demand the utmost in collaboration and communication.

“In times of emergency, restrictions on the public expression of faith must be the least possible, and impose no discrimination,” Shaheed said.

“Governments must ensure that religious communities can flourish.”

In the United States, the verdict is mixed.

According to the 2020 Becket Religious Freedom Index, released yesterday, “people of faith” divided evenly when asked if the American government treated religious congregations fairly. About a third answered Yes and a third answered No (34% each). Republicans leaned toward No (29% vs. 43%) and Democrats leaned toward Yes (45% vs. 22%).

About three-quarters said religion is important for social stability (78%). And 1 in 5 gave higher priority to reopening houses of worship over businesses, another 1 in 5 said the reverse, and the remainder said the priority should be equal.

Statistics like these bode well for continued domestic support for international religious freedom. Brownback noted that the reauthorization and expansion of his ambassador position was signed into law by President Barack Obama, and that House Speaker Nancy Pelosi attended the second ministerial.

A secondary focus of the Poland gathering was the relationship between religious freedom and security. Experts cited statistics that demonstrate a positive causal relationship, contrary to the authoritarian impulse to limit religious activity.

Brownback also announced a new focus of the American government would be on the misuse of technology to oppress religious minorities, such as in China with its Muslim Uighur community.

“If the Chinese were not at war with faith, they would have … a more satisfied citizenry,” he said. “The answer to terrorism is not locking people up. It’s religious freedom.”

But in the three years since the ministerials began, Brownback cited several encouraging signs.

Sudan has repealed its blasphemy law, and Australia will lead the charge on encouraging more nations to follow.

Religious sites are being protected in Crimea and Georgia conflict zones, he said, calling on Azerbaijan to do the same in Nagorno-Karabakh.

And the International Religious Freedom Alliance, launched at the 2019 ministerial, has grown to 32 member nations.

Last year, Brownback called for civil society to organize regional religious freedom roundtables, and 30 have since been conducted. The primary weekly initiative in Washington has had 800 participants from around the world. Sudan held its first official roundtable last month.

It is now a global movement, he celebrated.

“The chains of those who are persecuted have started to rub against our skin,” Brownback said.

“We feel it—and have started to push back.”

The 2019 Ministerial to Advance Religious Freedom drew about 1,000 delegates to Washington. This year's event was hosted online by Poland due to the pandemic.
expand