Home > 2014 > April
Weekly Roundup 4.11.14My favorite talk at the Festival of Faith and Writing (so far) and a few articles to read.Amy Julia Becker 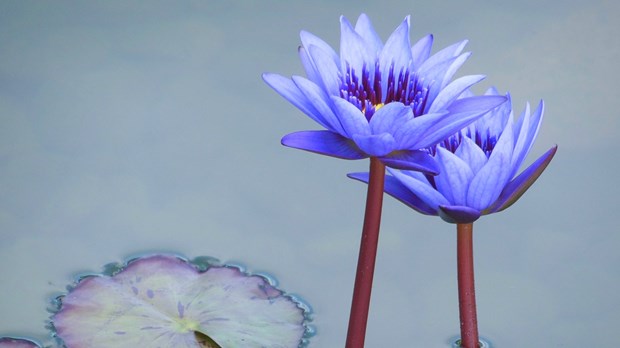 I'm in Grand Rapids at the Festival of Faith and Writing as I write, and my head is swimming with new books to read and new ideas to consider, and that's only after hearing four speakers/panels on the first day. But it strikes me that I ought to talk about books today in addition to the articles at the end of this post.

But I'm on my way out the door to day two with no time to write, so I will simply tell you that my favorite talk yesterday was Christopher Beha's about the absence of literary culture in America, and the way in which this absence creates a perception of an absence of faith among writers and among novelists in particular. Beha contends that plenty of novelists are writing "novels of ultimate concern," even if they are not recognized as such. His book, What Happened to Sophie Wilder, is a great read about a young man who falls in love with a girl who converts to Catholicism. The title is both a question and a statement. It's a great novel that kept me thinking for days.

So if you're looking for a good novel, now you've got it. If you want shorter fare, here are a few from the past week that are worth reading:

"I'm a lawyer, a bioethicist, but, first and foremost, I'm a parent. My daughter Juliet has Down syndrome. I don't mean to bring the mood of the room down. But, when she asks about "cost-effectiveness," I just want to make sure: Are we talking about how many lives like my daughter are not going to be born?" Mark Leach on People with Down syndrome are not costs to be avoided through prenatal testing.

Ellen Seidman recounts, "I don't look at Max and see a tragedy; I see my child, a sunny, curious, cute boy with Good Hair who happens to have some challenges. Too often, though, others think he is a kid to be pitied — and I am, too. That's likely the main reason talking about Max's condition makes people uncomfortable" in her post for babble, I Don't Mean to Make You Uncomfortable About My Kid with Special Needs.

Lauren Smart of Dallas Observer introduces us to filmmaker Chris Dowling and his new film, "Produce" in Dallas Filmmaker Chris Dowling on Accidentally Writing a Movie About Down Syndrome. Dowling shares, "I wanted to write a story about faith, and then as I was working on the film's narrative, I realized there had to be a character with this childlike faith and so I ended up writing a young man with down syndrome… the only limitation that people with Down syndrome have are the ones we put on them."

"Everything is a project now—gratitude, happiness, grace, faith—all achievable in a few simple steps, documented with journal entries, status updates, and photographs. There's nothing we can't blog our way to, including God...I should be grateful, yes. But beware how quickly an exhibition of gratitude begins to look like self-righteousness, privilege, even naivety." Patheos blogger, Jessica Griffith explores the current obsession with gratitude and the lack of worshipping God in the small things in her post entitled, Against Gratitude.

"It'll require a bit of compromise from both sides, but Americans of the left and right need to prioritize policies that strengthen two-parent households" Noah Smith of The Atlantic reports, Can Liberals and Conservatives Come Together to Support Families?

None
April 11, 2014 at 6:52 am
To add a comment you need to be a registered user or Christianity Today subscriber.