Home > 2014 > August
In Christ, There Are No Racial StereotypesA call for evangelical leadership in racial reconciliation. A guest post by Michael McBrideAmy Julia Becker 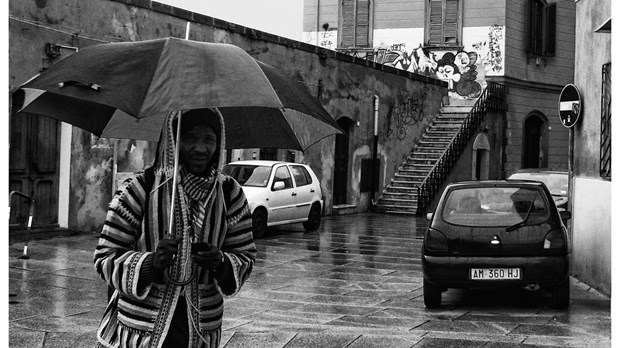 I am invisible, understand, simply because people refuse to see me. Like the bodiless heads you see sometimes in circus sideshows, it is as though I have been surrounded by mirrors of hard, distorting glass. When they approach me they see only my surroundings, themselves or figments of their imagination, indeed, everything and anything except me.

One of my greatest joys as a follower of Jesus is that He sees me. He sees the brokenness of my life. He counts the number of hairs on my head. He knows the contradictions of my behavior. He strives with me in spite of the tensions that pull my passion and purpose in opposite directions. He sees me in all my complexity and chooses still to love me! My question for all us followers of Jesus, "Can we see one another as Christ sees us and still make the choice to love what we see?"

Along with pastoring The Way Christian Center in the Bay Area, I serve as the director of the LIVE FREE Campaign, a faith-based movement committed to organizing the moral voice and actions of the faith community to end gun violence and mass incarceration. I remember speaking to a largely evangelical audience about the destructive impact that gun violence and mass incarceration are having on the youth and families in my congregation and neighborhood. I explained how these families are largely working class, black and Latino families who find their kids and loved ones caught in a maze of broken systems and structures as soon as they make a bad decision or mistake in judgment. At the end of my talk, a pastor, who described his congregation to me as white suburban dwellers, said to me, "You know Pastor Mike, I am just gonna' be honest, why don't your people just get a job, stop asking for a free pass and stop committing crimes? My people are struggling just like yours and we are not looking for anyone's help!"

This encounter captures many of our private conversations. And they lead me to ask: What is it about how we are being formed and discipled in American Christianity that causes us to believe that people in "my church" and "your church" are not each other's responsibility? Why does our Christian faith allow this pastor to feel comfortable believing that "my people's" problems are only mine to solve? And how does our Christian faith allow my resentment to blind me from seeing the pain of this pastor and congregation?

If there is one increasingly disheartening reality I am experiencing within the Body of Christ, it is our inability to see each other fully and in turn, our inability to love one another well, or much at all. I find we are unconsciously, and at times consciously, reductionists in the way we see one another. We are prone to be over-determined by circumstances, social location and identities that are secularly constructed and never able to give a full account of who we are as imago dei or an account of the journey of faith we are traveling.

As this suburban pastor and I talked more, it was clear that he assumed the families from my congregation who have been impacted by gun violence and incarceration are lazy or prone to crime. These assumptions reduced and diminished their worthiness for help and compassion in his eyes. This pastor is not alone in holding biases that are not relationship-based but stereotyped-based. And these judgments affect policy, programs, mercy ministries, and much more.

My pastoral experience has taught me that such reductionist behavior cheats God, one another and ourselves. We are limited in our ability to develop transformative relationships that create the possibility for the process of discipleship and sanctification, relationships that will get us closer to the image of Christ and the unity Christ prayed for to the Father. Moreover, this reductionist behavior keeps us from showing the world what can happen when Christians see one another as brothers and sisters instead of only according to racial, ethnic, or social stereotypes.

The body of Christ has many opportunities in arguably one of the most divided and partisan moments in our country's last 50 years to lean into one another's pain and perspective and strive to see one another. We have an opportunity to ask ourselves hard questions like:

"Am I more American than I am a Christian?"

"Do I believe the Constitution trumps scriptural admonitions to care and welcome one another?"

Am I authentically curious about the struggle and pain of my brothers and sisters, and able to feel compassion and empathy for their conditions?

Do the opinions of MSNBC, Fox News, Rush Limbaugh and Rachel Maddow over-determine my thoughts about communities and individuals who I have yet to take the risky initiative to journey across town, or across the street to actually meet?

I don't mean to sound the doomsday alarm with no ray of hope, because I know there are many great examples like the Christian Community Development Association, The Amos Project, and many others who are moving past reductionist and stereotypical views of one another to build communities where we see and are seen by one another.

What I have yet to see demonstrated by the Body of Christ is the scaling up of these examples in such a way that it shifts our public witness in this post-Christian age in which we live. I'm convinced of the critical role leadership must play if we are to be successful in scaling up to reach a tipping point of a powerful public witness. If we take a look at our Catholic brothers and sisters, we can see how Pope Francis has quickly shifted the public perception of the Catholic Church, even though many of his official positions related to contentious issues remain the same. What if evangelicals raised up our own champions who can be known not for what we are against, but what we are for? What set of Evangelical leaders are ready to champion the cause of Christian unity across race and politics and class?

Which takes me back to my conversation with the pastor who clearly did not see "my people" nor "our struggles" as something he was either empathetic toward, or felt responsibility to help resolve,. As we engaged in a deeper conversation about the shared pain we have, we arrived at a different place.

We both realized that as pastors, we have to bury too many congregants due to gun deaths (homicides and suicides).

We both struggle to counsel families crippled and being crushed by the economic pressures that resulted from bad policymaking, greedy financial institutions and regretful personal decision-making.

We both wept that the church continues to be sharply divided by race and class, political party and wedge issues, and not united by the blood of Jesus.

By the end of our conversation, we saw one another differently. We saw that our struggles were more alike than we ever thought. We saw negative forces at work in our country that benefit from our fractured Christian witness. And we both committed to replicating this process of seeing one another with people closer to where we live, work and worship.

My hope for the body of Christ is that no follower of Jesus can be invisible in the eyes of another follower of Jesus. We must take communal reading and interpretations of Scripture much more seriously than American politics or other national documents. We must be willing to hear and be curious about other people's stories and perspectives, especially those people who find themselves living on the margins of society. We must be willing to have a kenosis moment like Jesus in Philippians 2, where he willingly gave up his privilege to learn obedience and create the possibility for salvation to occur for creation. (And be clear, if you live in America, we all have some privileges that we are being called to surrender for the sake of the good news of Jesus.) May we open our eyes, and our hearts to see. And as we see one another, may we love one another with the same love with which Christ has loved us. 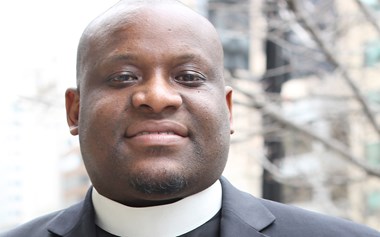 Pastor Michael McBride (known as "Pastor Mike") is a native of San Francisco and has been active in ministry for over 20 years. A graduate of Duke University's Divinity School, with an emphasis in Ethics and Public Policy, Pastor McBride launched The Way Christian Center in West Berkeley, where he presently serves as the Pastor. In March 2012, he became the Director for the Lifelines to Healing Campaign with the PICO National Network, a campaign led by hundreds of faith congregations throughout the United States committed to addressing gun violence and mass incarceration of young people of color. In 2013, Pastor McBride was selected as the #9 Top Clergy Leader to Watch in the US by the Center for American Progress. He is married to Cherise Martinez-McBride and they have two beautiful daughters, Sarai and Nylah.

Racism; Reconciliation
August 07, 2014 at 8:38 am
To add a comment you need to be a registered user or Christianity Today subscriber.

In Christ, There Are No Racial Stereotypes

In Christ, There Are No Racial Stereotypes