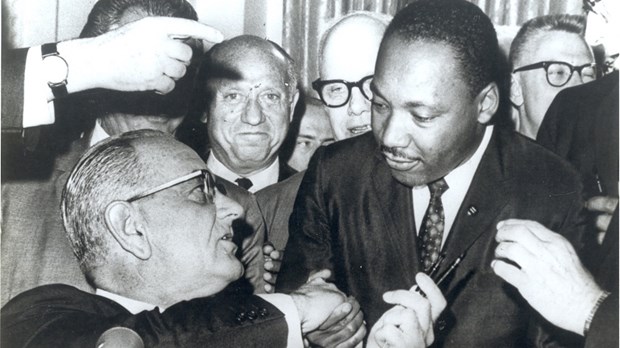 In 1970, a group of African Americans in the small US town of Mount Laurel, New Jersey petitioned township officials to build low-income housing. Led by a young woman named Ethel Lawrence, the group was otherwise forced to live in the crime-ridden metropolitan environment of nearby Camden. The township denied their request. Further, the denial itself—delivered in a small, all-black church—was punctuated with the following advice: “If you people can’t afford to live in our town, then you’ll just have to leave.”

That denial came over 50 years ago and much has changed across the American landscape. Sadly, however, the pattern of black-white segmentation has not. Even though African Americans represent less than 13% of the total population, the average black person lives in a neighborhood that is 45% black. The average white person lives in a metropolitan environment that is 75% white. Nearly 40 years after Martin Luther King’s “I Have a Dream” speech on the steps of the Lincoln Memorial, America still stands as a nation divided, inciting one Civil Rights leader to write: “King's hope for racial integration has died its hardest death in the area of housing” (Calmore, 1993).

But before we follow the lead of countless others in offering solutions for this problem, we need to ask why segregation is a problem and whether integration is the proper solution. Here, the term “segregation” is meant to imply the pattern of separation between white and black households. For the faith community, segregation should be understood in a larger moral and spiritual context. Ethel Lawrence herself described the fight to bring affordable housing to Mount Laurel in spiritual terms: “There's poor people in heaven and poor people in hell. God meant for us to live in harmony on earth, or else he'd have made rich and poor communities in the hereafter” (Kirp et al, 1997).

Harmony is an appropriate term. Revelation 7 portrays every nation, tribe, people and language standing before God’s throne in communal worship. Unfortunately, those who challenge segregation do so not because it fails to achieve kingdom harmony, but for more practical reasons. Elizabeth Anderson, among others, has described segregation as the “principal cause of group inequality” (2010). Anderson and others see segregation as an economic problem, but the problem extends far beyond the economic realm.

To be clear, economic considerations matter. Segregated households are restricted to areas with lower educational quality, higher crime, poor local amenities, depleted public resources, job-mismatch, lower housing returns, and greater exposure to health risks. But the economic problem is not just about access. Some segregated areas, such as Ferguson, also experience concentrated poverty. In the late 1980s, William Julius Wilson’s book The Truly Disadvantaged made popular the idea that areas of concentrated disadvantage had an “above and beyond” effect on residents.

So what should we do? In her book The Imperative of Integration, Anderson writes, “If racial segregation is the problem, it stands to reason that racial integration is the remedy” (2010). Unfortunately, after 40+ years of policy overtures related to engineered housing integration, answers are unclear at best. Researchers have evaluated efforts to integrate with various cost-benefit tools. Often, they find that the costs to integrate low-income minority families are not exceeded by the benefits. For example, the Gautreaux program in Chicago had mixed evidence of improving the lives of integrated residents and was criticized as “being too expensive” (Rosenbaum, 1995). Similarly, the popular Moving to Opportunity program produced paltry results given the cost of $3,000 per person (Cheshire, 2007). Even HOPE VI funding set aside to renovate low-income public housing was criticized for “spend[ing] too much public money per unit” (Popkin et al, 2004). Cost-benefit analysis may even imply that segregation is good. Economist Paul Cheshire has suggested that there are benefits to segregation because concentrated pockets of similar people can produce better job-networks, consumption benefits, and solidarity (2007).

To summarize, even if the problem of segregation is purely economic, the solution of integration has offered unclear results at best. But what if the problem is not merely economic? What if, in line with Ethel Lawrence, we began not by simply valuing integration for the economic equality it is believed to produce, but because it is a more faithful conceptualization of God’s Kingdom? What if we recognized that as image bearers of a loving, creative, and relational God—that knowing more of others would actually allow us to know more of God? What if exposure to different people (backgrounds, experiences, cultures and so on) provided a full palette of social expressions by which to identify myself, allowing me to reconstitute my identity in a healthy, more faithful manner?

Among other things, the conversation would shift in two important ways.

Second, we would likely have a thicker, richer conception of integration. For people of faith, it is important to recognize that achieving material equality through integration, as important as that goal is, aligns poorly with God’s vision for human interaction and community. We might call the former spatial integration: engineering proximity among different people within a common space. In contrast, God’s vision resembles something more along the lines of social integration: creating the conditions for belonging, trust, goodwill, neighborliness, reciprocity, charity, etc. among different people within a common space. It is the difference between occupying space and becoming members of one another.

Adding the spiritual dimension obviously does not change the stark segregation present in our churches, worksites, and neighborhoods. Whether Mount Laurel, Ferguson, or other metropolitan locations—our country still reflects “two societies, one black, one white—separate and unequal.” Yet by adopting a larger moral vision of segregation and integration, we can transform this conversation by inviting considerations beyond economic equality and cost-benefit efficiency to relationship, participation, and connection.

Kevin Brown is an Assistant Professor with the Howard Dayton School of Business at Asbury University. 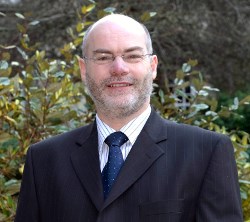 Eric Stoddart is a Lecturer in Practical Theology with the St. Mary’s School of Divinity at St. Andrews University, Scotland.

Martin Luther King Jr.; Racism; Segregation
January 18, 2015 at 8:59 pm
To add a comment you need to be a registered user or Christianity Today subscriber.