As Christianity Today's editor in chief, in this column I reflect on American Christianity, but especially evangelical Christianity. I’ve been embedded in the movement for over five decades, so I should have something to say by now. And what I have to say about the movement is more or less what I have to say to myself, as I see in myself the same shortcomings and potential that I see in the movement at large. The title of the column, “The Elusive Presence,” is deliberately borrowed from The Elusive Presence: The Heart of Biblical Theology by Samuel Terrien, originally published in 1978. I read the book soon after it was published, but today I don’t consciously remember much from it except the title (though I suspect it has formed me in ways I remain unaware of). As this series goes on, the careful reader will understand why this is an apt title for the column. (Subscribe to The Galli Report newsletter for updates.) 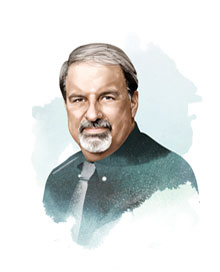 Mark Galli is former editor in chief of Christianity Today and author, most recently, of Karl Barth: An Introductory Biography for Evangelicals.

We Love and Loathe God
If we can't admit that, we won't make much headway.
Mark Galli

And Now, the Star of the Show....
How we inadvertently create a cult of personality around our preachers.
Mark Galli

Whatever Happened to Communion & Baptism?
Or, why aren’t we doing what Jesus told us to do?
Mark Galli

The Church’s Sickness Unto Death
Our missional activism threatens to kill us. It doesn’t have to.
Mark Galli

The Purpose of the World: To Become the Church
Paul on “good works”—and my replies to initial critiques of this series.
Mark Galli

The Church Does Not Exist for the Sake of the World
According to Scripture, the people of God have a higher purpose.
Mark Galli

The Unfortunate Pedigree of the Missional Church
Why we need to rethink the church.
Mark Galli

How We Have Forgotten God
Evangelical faith is no longer characterized by its initial passion.
Mark Galli

Monomaniacs for God
What it looks like when people remember their greatest love.
Mark Galli

The Heart of the Evangelical Crisis
It’s more fundamental than we’ve been led to believe.
Mark Galli 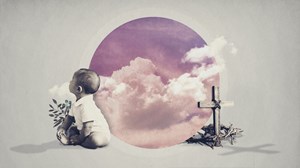