Mark A. Noll|October 01, 1985
Highlights
The Gospel According to Martians

James Packer has had a considerable influence in America because he has written and said what evangelicals have most needed to hear.
Mark A. Noll|September 16, 1996
Christian History
A Revolution in Religion, Too
The Revolutionary War changed American Christianity, and it still sparks debate today.
Mark A. Noll|April 01, 1996
Bookmark
The Scripture-Engaging Lincoln

A new biography is one of the best.
Mark Noll|May 01, 2006
The Constitution at 200: Should Christians Join the Celebration?

Studying Geneva's sexual reformation has lessons for today.
Reviewed by Mark Noll|April 01, 2006
Beneath the Orange and Green

Jaroslav Pelikan has written a history of the Christian tradition on a scale no one else has attempted in the twentieth century.
Mark A. Noll|August 08, 2008
The Scandal of the Evangelical Mind

We would be deluding ourselves if we thought that evangelical thinking in our day has progressed very far.
conversation with Mark Noll, Alister McGrath, Richard Mouw, Darrell Bock; moderated by Michael Maudlin|August 01, 1995
Bookmark
LBJ and JFK

The story of 'Judgment Days' is a triumph and a tragedy.
Mark Noll|October 17, 2006
Christian History
Colonial New England: An Old Order, New Awakening

J. Stephen Lang and Mark A. Noll|October 01, 1985
Christian History
The Most Democratic Book in the World

Theodore Roosevelt and Woodrow Wilson were champions of both the Bible and progressive reform.
Mark A. Noll|August 08, 2008
Christian History
1740 The Great Awakening Peaks

A mighty wave of revival washed across North America, forever altering the religious landscape.
Mark A. Noll|October 01, 1990
Christian History
From 'Uncle Tom's Cabin' to "I Have a Dream" 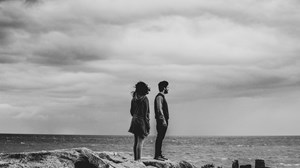