As former employees claim they were pressured to join Shamblin's church, the Weigh Down Workshop leader attempts to clarify her stance on the Trinity.
By Jody Veenker|September 01, 2000
A Silent Celebration of Prayer

Plus: Homosexual organizations disapprove of Case's donations, and Tom Mahon on a digital Sabbath.
Compiled by Jody Veenker|October 01, 2000
One Conjoined Twin Dies After Surgical Separation

State Department finds many nations' religious freedoms deteriorating, but some are improved.
By Jody Veenker|September 01, 2000
Howling Over Halloween

Plus: She's not ordained so it wasn't preaching, Chinese concubines increase, and Ebola claims more victims.
Compiled by Jody Veenker|October 01, 2000
We May Not Know Who Is President But...

We've got info on the souls of robots, Islam's growing influence in Southeast Asia, and the popularity of pagan groups on college campuses.
Compiled by Jody Veenker|November 01, 2000
Downsizing: Prison Fellowship Downsizing
Organization says closing 20 offices and eliminating 100 staff positions are part of attempt to involve churches and volunteers more directly in prison ministry.
By Jody Veenker|November 13, 2000
1 – 20 of 52 ARTICLES
page:123Next > 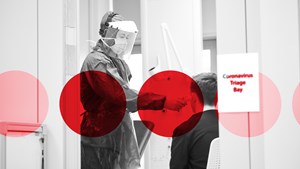