Last week I got back from two weeks in China. CT will be running a cover story on the church in China as we get closer to the Olympics. But first I'd like to tell you about Bing Chiu. Bing is the owner of two restaurants, one in Beijing's Central Business District and another near a university outside Beijing. These restaurants are occupying a new public "space" available for Christians to live, work, and minister.

Bing, like many younger Chinese, became a Christian when he was studying overseas. In fact, it was in Halifax Nova Scotia, while he was an undergrad that Bing became a Christian. Since then, he has lived all over China and worked mostly in advertising. 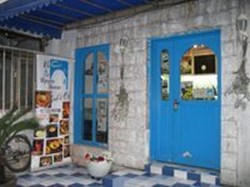 But Bing wanted to do something different. He wanted to create a restaurant that combined both Eastern and Western food and featured his favorite desserts from Hong Kong. And let me say, he's done a fantastic job. The meals at his Upper Room restaurant are fabulous. If you're in Beijing for the Olympics next summer, definitely visit the Upper Room.

The restaurant is just one of many ways that Christians are making their voices heard in China. Bing uses his restaurants as friendly ways to introduce people to Christianity. Mostly, Bing serves meals. But he also sends out weekly inspirational e-mails inviting people to a music party held at the Upper Room where people sing and listen to music, some of it Christian. Bing's letters go to more than 3,000 people, many of them non-Christians. For Bing, his letters and the weekly music party are opportunities to introduce people to Christians, Christianity, and Christian music in an inviting atmosphere. These aren't gospel preaching events.

But they are effective. He says university students, especially, are interested in hearing about Christianity and Jesus. Several students a week become Christians, he says, through the outreach at one of his restaurants. 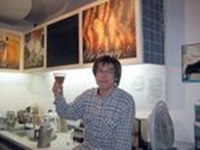 While the Upper Room isn't located on a major road, in fact it could be difficult to find, it is just one public place for Christians to be open and free about their faith. It's not a church, but Bing says, it's a place that can facilitate discussions about God and Jesus.

Christians throughout China are more freely operating in public. While there are still restrictions, I saw and talked to Christians running teen centers, doing marriage retreats and community development, operating orphanages, or even renting worship space for their unregistered churches. There's no guarantee that this freedom will continue, so the church in China needs prayer. But as I heard over and over again, so far there's no problem.