After refusing to discuss the details of his divorce, tenured professor Kent Gramm resigned from his English position at Wheaton College.

Wheaton's faculty handbook states that the college will consider employee retention "when there is reasonable evidence that the circumstances that led to the final dissolution of the marriage related to desertion or adultery on the part of the other partner."

But Gramm declined to discuss details. "None of Your Business" headlined Monday's Chicago Sun-Times front-page story. 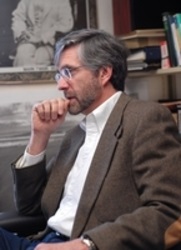 "I think it's wrong to have to discuss your personal life with your employer," Gramm told the Chicago Tribune, "and I also don't want to be in a position of accusing my spouse, so I declined to appeal or discuss the matter in any way with my employer."

Provost Stan Jones told Inside Higher Ed, "The policy calls for us to try to make a compassionate, thoughtful evaluation of the circumstances, and we are then in a real bind if a person for whatever reason chooses not to discuss those circumstances."

Cathleen Falsani writes in the Chicago Sun-Times that her alma mater needed to employ grace.

"? [O]nce again an evangelical Christian institution earns a reputation, deserved or not, for siding with legalism over grace. And for an institution dedicated, as Wheaton is, to ?Christ and his kingdom,' communicating grace in a world that so desperately needs it should always be the most important part of its mission."

The provost told Wheaton's student newspaper, The Record, that the administration considers one or two employee divorce cases each year on a case-by-case basis, and the specifics of who initiated the divorce are not as important as the reason for divorce.

"Many churches are responding to divorce by saying that it's too messy, this is not our business, we'll just be redemptive," Jones told The Record. "This response is problematic because you're basically declaring divorce not to be a moral issue. It doesn't seem that Scripture gives us that latitude."

Officials told the Chicago Tribune that they were willing to allow Gramm to remain at the college for another year as he sought work, but he declined. He is still looking for work.

"I plan to live happily ever after," he told The Record. "The next time someone says to you, 'Hello, welcome to Walmart,' be nice to him. I already have clothing with a W on it."

Gramm's story poses questions for many religious institutions of whether divorce should be a criterion in professional standards.