After a five-year hiatus, one of the great Christian chick rockers is making a comeback
September 18, 2009 04:13 PM 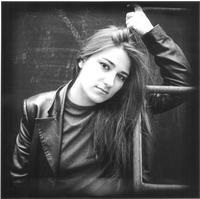 Jennifer Knapp, who sold over a million albums in the late 1990s and early 2000s before abruptly stepping away from Christian music in 2004, is making a comeback.

Several weeks ago, she updated her official website, which had been stagnant for years. And her MySpace page has, for several weeks, included notice of a single show coming up next Friday in Los Angeles with another CCM veteran, Phillip LaRue.

Knapp's management confirmed to CT recently that she was making music again. "After a well needed hiatus, Jennifer has started writing/recording again and playing select shows," said her manager, Dave Hopper. CT's requests for an interview with Knapp were denied, though Hopper said she might grant one later.

This afternoon, Knapp made her first official statement on the matter on her website, starting off a brief entry with the words, "Yes, it's true. I am the REAL Jennifer Knapp and I've been doing a little music lately."

Knapp wrote that she keeps running into old friends who are asking all sorts of questions about her "comeback." "We've been flooded with e-mails and phone calls simply by putting up a humble little homepage. So much for my little holiday. It's looking very much like it may be over."

She didn't say why she left music in the first place (in 2004, she told Relevant that she was tired of touring one record while recording the next, and "it got to where I was just doing shows to support the record, rather than having a record support the heart of the people I was supposed to be serving"), but she did say she spent much of her time away "traveling mostly."

She wrote: "I have wasted too many days sulking about how strange life is and many more discovering just how truly beautiful people can be. My experiences have been both wildly exotic and extraordinarily mundane. But mostly I will say that I have had a chance to get my feet under me. I took that time to discover more about myself and my own faith without the veil of expectations to a cause. Without writing a novel at this point, I'll just say that I'm starting to think that I might actually be a songwriter, musician, or artist of some kind . . . So, maybe I should do something about it?

"I know that many of you have persisted at hope that I would return to music. Why you have wanted or even cared has been one of the greatest mysteries to me, at the same time, a complete and utter blessing as it has always been. Thank you for your support. I can only hope to repay you with what you have waited for . . . music."

And to whet fans' appetites, Knapp has posted a new song, "Letting Go," on her MySpace page.

Personally, I'm thrilled about this news, and am somewhat bemused that Knapp is surprised that people "even cared" about her absence. I think she's one of the best things to have happened to Christian music in the last 15 years, and her albums are among my favorites. And I had the privilege of getting to know her a bit back in the 1990s when we worked together on a regular column (a few samples) for what was then Campus Life magazine (the now-defunct Ignite Your Faith), and have always enjoyed her honest, direct, sometimes even in-your-face approach to life. (A lot like me!) That outlook came through loud and clear in her music, which was as honest and confessional as anything you'd hear on Christian radio. Her music has always been good for the soul, and her return is good for it too.