Our friend Ken Morefield has written a thoughtful commentary on the new documentary Fish Out of Water, which asks the question, "What does the Bible really say about being gay?" But it doesn't really explore it from an objective point of view, and certainly not from an evangelical point of view. The filmmaker, who is gay, seems to assume that Scripture, if it doesn't condone homosexuality, then at least it doesn't outright condemn it.

Writes Ken, "While the film did not persuade me of the truthfulness of the director's thesis—that an accurate and impartial investigation of the Bible shows that true Christianity does not condemn homosexuality—it does, perhaps, more than most films in this vein provide some hope that a reasoned, substantive debate about the issue might be possible." And: "The film effectively prods the viewer (especially the Christian viewer) to confront the question of how well he or she really knows the Bible. I've certainly been around my share of evangelicals who will ... 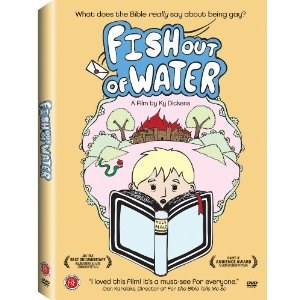