President of Exodus International Alan Chambers* tweeted, "It's official, the @ExodusInl App is no longer in the @AppStore. Incredibly disappointing. Watch out, it could happen to you. #freedom"

Chambers told CT that about 16,000 people had downloaded the app and it had about 500 negative reviews. He said that Exodus has counted 105 ipad apps and 135 mobile apps that support gay rights and homosexuality.

"It's absolute assault on free expression and free ideas," Chambers told CT. "If you don't agree with the loudest person in America, you're going to be forced into conformity."

Apple spokesman Tom Neumayr told CNET that Apple pulled the app because "it violates our developer guidelines by being offensive to large groups of people." 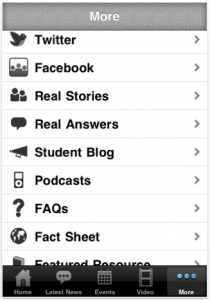