A panel ruled that a proposition to define marriage as between a man and a woman violates the 14th Amendment to the U.S. Constitution.
Tobin Grant|February 7, 2012 12:05 PM

"Proposition 8 serves no purpose, and has no effect, other than to lessen the status and human dignity of gays and lesbians in California, and to officially reclassify their relationships and families as inferior to those of opposite-sex couples," Stephen Reinhardt wrote for the majority. The opinion rejected arguments that the proposition advanced the state's interests in child-rearing, procreation, education, or religious freedom. 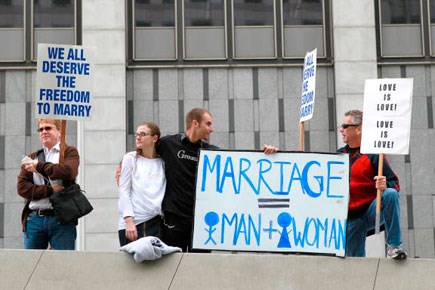