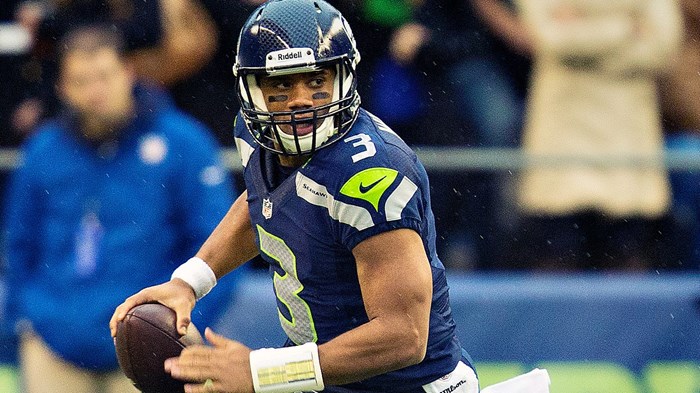 A majority of Americans—53 percent—believe God rewards faithful athletes with good health and success, up last year’s 48 percent, according to a new study from Public Religion Research Institute (PRRI).

Confidence in God’s favor rose among every religious group but one. Growing numbers of minority Protestants (68%), Catholics (65%), mainline Protestants (44%), and the unaffiliated (27%) believe that God blesses Christian competitors. The only group whose numbers dipped: white evangelical Protestants, with 60 percent agreeing, down slightly from last year.

One of them is Seattle quarterback Russell Wilson, who threw four interceptions before the Seahawks squeaked out a win against the Green Bay Packers to clinch their Super Bowl berth. “That’s God setting it up, to make it so dramatic, so rewarding, so special,” the Christian player told Sports Illustrated’s TheMMQB.com, later tweeting, “Yesterday wasn’t just about the game…. It was So Much Bigger than just a game.”

“I think God cares about football. I think God cares about everything he created,” Wilson said to reporters Tuesday. Fellow Christian QB Aaron Rodgers, of the Packers, disagreed. About 1 in 4 Americans believe that God plays a role in determining which team wins a sporting event, according to PRRI, compared to 19 percent in 2014.

For this Sunday’s Super Bowl XLIX, more viewers will start their day in church before watching Wilson and the ‘Hawks face the New England Patriots.

About a quarter of Americans say that on a typical Sunday they go to church and watch football, up from 21 percent last year. On the other hand, the number of those who are more likely to watch football than go to church is down, from 21 percent last year to 18 percent this year. White evangelical Protestants’ preference to spend Sundays in church (46%) over watching the game (6%) stayed about the same, with about a third saying they’ll do both.

According to LifeWay Research, only about 1 in 7 church-goers would skip services to watch their favorite team. Men are much more likely to schedule Sundays around the game; about 1 in 4 church-going men say they’d skip to watch football, but only 1 in 10 women.

Another study from LifeWay found that more Christians report praying for their team to win a game than for government leaders, celebrities, or others in the public eye. Apologist William Lane Craig explored the theology behind Super Bowl prayers in an earlier interview with CT.

CT’s coverage of PRRI’s 2014 stats and the link between sports and the prosperity gospel can be found here, while the full story on which church-goers would trade weekly worship for football here. CT also explored how Christians can combat the “church of the NFL” by becoming members and whether or not Christians should fight for prayer on the football field.

In his testimony, former NFL player Derwin Gray shared how professional football was his God. Her.meneutics explained how Christians can find beauty and community in a violent sport.