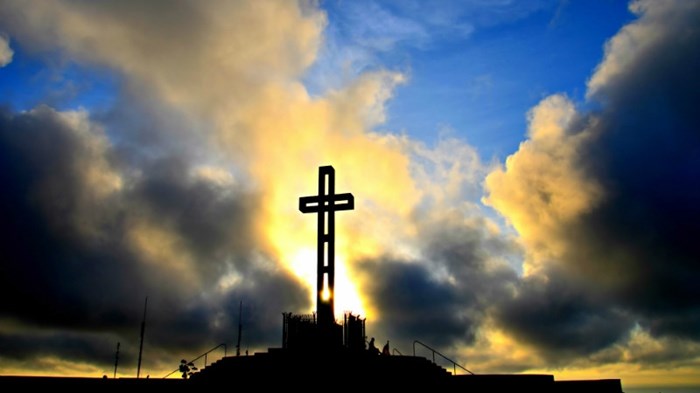 The quarter-century controversy over the Mt. Soledad Veterans Memorial has finally ended, after the US Department of Defense sold the government land on which the 29-foot cross stood.

Judges have disagreed over how emblematic the San Diego memorial really was of Christianity.

The Ninth Circuit Court of Appeals referred to the cross as a “distinctively Christian symbol” in its 2011 ruling that the memorial was unconstitutional. It sided with opponents who argued the cross signified “that Jesus is the Son of God and died to redeem mankind.”

In contrast, US Supreme Court Justice Antonin Scalia suggested “the cross was a war memorial,” maintaining that it was “outrageous” to conclude that the only dead veterans it honored were Christians. The high court has twice refused to review the case.

CT previously examined the Supreme Court's tangled view of public crosses, and noted the range of perspectives among Christian lawyers and scholars on whether memorial crosses should be neutered of religious meaning in order to preserve their public presence. Rhode Island even attempted to determine which public crosses were "sufficiently secular."

Supporters of the memorial celebrated the sale.

"Today's actions will ensure that the memorial will continue to stand in honor of our veterans for decades to come,” said Liberty Institute attorney Hiram Sasser in a statement. “This is a great victory for the veterans who originally placed this memorial and the Korean War veterans the memorial honors.”

The Mt. Soledad Memorial Association (MSMA), which has long provided upkeep for the cross, paid $1.4 million for the memorial's half-acre of land.

“We look forward to continuing to partner with the City of San Diego, our county, and our military community,” said Bruce Bailey, president and CEO of the MSMA’s board. “It marks the first time where our membership can manage the memorial’s affairs from a place of ownership and accountability for the property, which is a new and welcomed step for the association.”

For years, San Diego owned the memorial. But in 2002, it sold the land to a veteran’s group in an attempt to resolve the controversy over the cross. A federal appeals court later ruled the sale unconstitutional, asserting that the city had given the group an unfair advantage in order to keep it out of the hands of those who might have wanted to buy the land to tear the cross down.

In 2006, Justice Anthony Kennedy stayed a federal judge’s order that the city remove the cross or face a $5,000 fine. Later that year, the federal government acquired the property where the cross stood through eminent domain.

The 2011 ruling by the Ninth Circuit declared the structure "an unconstitutional government endorsement of religion" that, in time, may need to be torn down. The MSMA and Obama administration appealed the decision, but the Supreme Court declined to hear it.

Not all cross disputes head to the high court. In a similar 2013 case in Riverside, California, the city decided to auction public land with a cross on it following a dispute over the symbol's presence. A coalition of nonprofits offered the winning bid, with plans to maintain the cross now that the land was privately owned.

CT has followed the Mt. Soledad case since 2002, and complete coverage can be found here. CT also noted how the lengthy fight over a Mojave Desert cross memorial finally ended, and how 4,500 public crosses are not a church-state problem—unless they form a giant cross of their own.