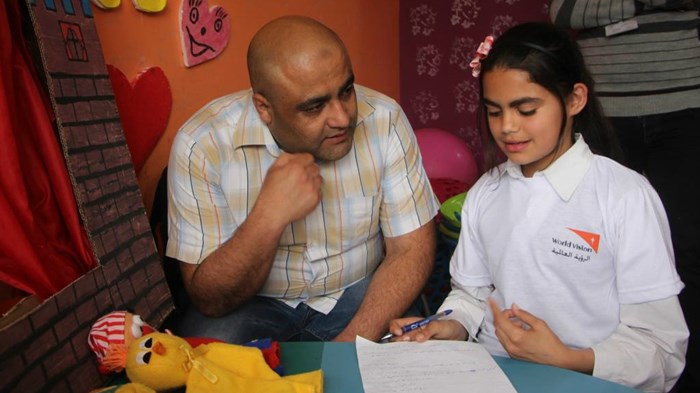 World Vision questioned Israel’s accusations that Gaza branch manager Mohammad El Halabi siphoned off tens of millions over the past decade, saying it still has not seen any evidence.

“World Vision’s cumulative operating budget in Gaza for the past ten years was approximately $22.5 million, which makes the alleged amount of up to $50 million being diverted hard to reconcile,” it stated.

“Mohammad El Halabi was the manager of our Gaza operations only since October 2014; before that time he managed only portions of the Gaza budget. World Vision’s accountability processes cap the amount individuals in management positions at his level to a signing authority of $15,000.”

World Vision has suspended operations in Gaza, the organization stated. “We are conducting a full review, including an externally conducted forensic audit, and will remain fully engaged with the investigation that is underway.”

Along with Australia, Germany has suspended donations to World Vision’s work in Gaza, World Vision confirmed to CT.

Israel said the investigation “proves yet again the way in which Hamas exploits aid resources of international groups in the Gaza Strip which are meant for the civilian population.”

"These (allegations) are par for the course of an Israeli plot to restrict the work of international relief agencies operating in Gaza in order to tighten the Gaza blockade," Hamas spokesman Sami Abu Zuhri told Reuters.

The manager of the Gaza branch of World Vision was charged yesterday by Israeli authorities with funneling millions of dollars to Hamas instead of to Palestinian children in need.

Mohammad El Halabi, who has directed World Vision's operations in the Gaza Strip since 2010, allegedly listed Hamas members as farmers with disabled children so they could receive assistance, according to an investigation by Shin Bet, the Israel Security Agency (ISA).

The ISA report, first broken by Israeli media, alleges that up to 60 percent of Halabi's budget ended up in Hamas's hands.

Both World Vision and Hamas deny the claim. World Vision is the world’s largest Christian humanitarian organization, and has worked in Israel and Palestine for 40 years. Hamas is a militant Islamist group elected to govern the Palestinian territory of Gaza and identified by the US government as a terrorist organization.

World Vision advocated for Halabi’s release after he was detained in June, initially unaware of the charges against him. “We have no reason to believe that the allegations are true,” it stated.

According to the investigation by the ISA, Halabi confessed to his involvement. His lawyer has stated that Halabi was looted by Hamas fighters.

Another $80,000 from British supporters built a Hamas stronghold during the 2014 war and paid for Hamas members’ salaries, Israeli authorities said. Thousands also went to buy guns for Hamas in Sinai.

In all, about 60 percent of World Vision’s annual budget earmarked for Gaza ended up in Hamas pockets, according to the ISA.

While some of Halabi’s colleagues knew what was going on, World Vision’s top officials were kept in the dark, according to the report.

Humanitarian groups “do good work in a large number of areas of assistance and we have no quibble about their intentions,” one ISA official told Haaretz. “Hamas knew how to exploit the weak oversight of [World Vision] regarding what happens with its resources.” Israel's public security minister, Gilad Erdan, later claimed that such problems were widespread among NGOs working in Gaza.

World Vision, which has worked with more than 500,000 children in Israel and Palestine over the past 40 years, was “shocked to learn of these charges,” it stated. (Full remarks below.)

“World Vision programs in Gaza have been subject to regular internal and independent audits, independent evaluations, and a broad range of internal controls aimed at ensuring that assets reach their intended beneficiaries and are used in compliance with applicable laws and donor requirements,” the organization stated.

When Halabi was arrested in June, World Vision didn’t know where he was being held or what he was accused of, but knew he didn’t have access to a lawyer or his family. The organization stated it was “extremely concerned about the safety of Mohammed,” and asked for “fair legal representation” in order to “get him released as soon as possible.”

“World Vision stands by Mohammad, who is a widely respected and well regarded humanitarian, field manager, and trusted colleague of over a decade,” it stated then, before the ISA allegations were revealed. “He has displayed compassionate leadership on behalf of the children and communities of Gaza through difficult and challenging times, and has always worked diligently and professionally in fulfilling his duties.”

World Vision says it has not yet had a chance to review all of the evidence, but is still standing by Halabi.

“Based on the information available to us at this time, we have no reason to believe that the allegations are true,” it stated. “We will carefully review any evidence presented to us and will take appropriate actions based on that evidence. We continue to call for a fair legal process.”

Hamas denied the connection as well. “We do not trust the occupation (Israel), nor the information coming from the occupation,” one Hamas legislator in Gaza toldTheNew York Times (NYT).

Israeli authorities took a firm stance, telling the public in a video about the case that “this exploitation of Israel’s civil policy harms you, and we will not stand idly by. Israel has the right to protect its citizens and its borders.”

Halabi, who was born in a refugee camp in Gaza, previously stated that the suffering around him—especially during the region’s uprising against Israel—motivated him to become a humanitarian. Last year, eight members of Halabi’s family were killed by Israeli forces that demolished their homes without any warning, according to World Vision’s website. He called for international support to help with a ceasefire as well as lifting Israel’s blockade of Gaza.

“The coastal enclave of 1.8 million is cut off by a joint Israeli-Egyptian blockade and has been the scene of three wars between Hamas and Israel since 2009,” wrote The Telegraph in summarizing the Gaza situation. “Around 75,000 people are still displaced after the 2014 war and most Gazans have only four hours of electricity a day.”

“I am concerned that the values that we have instilled in these children will be swept by the devastating bombs from the [Israeli] F16s and drones,” wrote Halabi, who also appears in a video posted by World Vision last week in honor of its 40 years of relief work in Gaza. “We all have to pray for the protection of all children on both sides of this conflict.”

But the ISA accused Halabi of coming to work for World Vision in 2005 on the orders of Hamas, which he allegedly joined in 2004, with the intent to funnel funds and supplies into Hamas coffers.

Halabi’s attorney, Mohammed Mahmoud, didn’t deny that World Vision’s Gaza office had been looted by Hamas, but said that Halabi had no choice. When Hamas arrived in vehicles with machine guns, he gave them what they wanted.

“Israel can link anyone living in the Gaza Strip to Hamas. Mohammad does not belong to the organization nor is he affiliated with Hamas,” Mahmoud told Haaretz. “I think this file started off very inflated, and the balloon has since been deflated.”

There’s little evidence of that deflation yet. Major media outlets across the globe have carried the story, while officials in the United States, United Kingdom, and Australia have asked for details. The Australian Department of Foreign Affairs and Trade has suspended donations to World Vision’s work in Gaza. World Vision Australia had provided $5 million for agricultural and child trauma projects in Gaza over the past five years, according to the Jewish Press.

“We want to get to the bottom of this,” World Vision Australia chief executive Tim Costello told the NYT. “We want the truth.”

On June 15, 2016, Mohammad El Halabi, the manager of operations for World Vision in Gaza, was arrested on his way home from routine meetings. On August 4, 2016, after 50 days in Israeli state detention, Mohammad was charged with providing support to Hamas. World Vision was shocked to learn of these charges against Mohammad.

World Vision is a Christian relief, development and advocacy organization dedicated to working with children, families and communities to overcome poverty and injustice. World Vision serves all people regardless of religion, race, ethnicity or gender. World Vision has been working in Israel/Palestine for over 40 years, striving to give hope to over 500,000 of the most vulnerable children, through education, health, child protection and resilience programs.

World Vision subscribes to the humanitarian principles of impartiality and neutrality and therefore rejects any involvement in any political, military or terrorist activities and maintains its independence as a humanitarian aid agency committed to serving the poor, especially children. World Vision has detailed procedures and control mechanisms in place to ensure that the funds entrusted to us are spent in accordance with applicable legal requirements and in ways that do not fuel conflict but rather contribute to peace.

World Vision programs in Gaza have been subject to regular internal and independent audits, independent evaluations, and a broad range of internal controls aimed at ensuring that assets reach their intended beneficiaries and are used in compliance with applicable laws and donor requirements. Based on the information available to us at this time, we have no reason to believe that the allegations are true. We will carefully review any evidence presented to us and will take appropriate actions based on that evidence. We continue to call for a fair legal process.