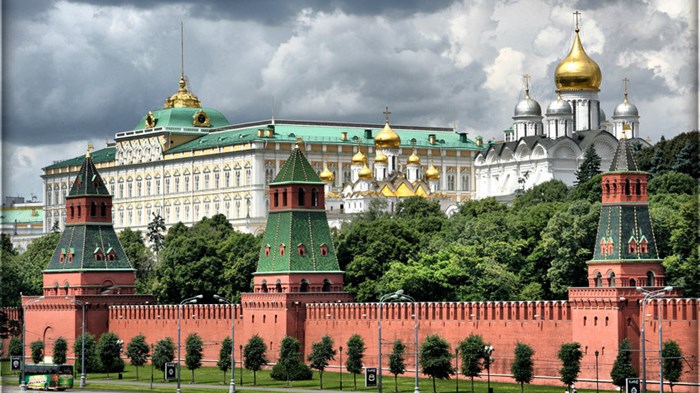 Yesterday, Russia’s new anti-terrorism laws, which restrict Christians from evangelizing outside of their churches, went into effect.

The “Yarovaya package” requires missionaries to have permits, makes house churches illegal, and limits religious activity to registered church buildings, among other restrictions. Individuals who disobey could be fined up to $780, while organizations could be fined more than $15,000.

Forum 18 offers an analysis of the laws and their ramifications for Protestants and other non-Orthodox believers. World Watch Monitor compiled the worried reactions of Russian evangelical leaders and concerned observers.

The new laws will “create conditions for the repression of all Christians,” wrote Russia’s Baptist Council of Churches in an open letter. “Any person who mentions their religious view or reflections out loud or puts them in writing, without the relevant documents, could be accused of ‘illegal missionary activity.’”

Requiring a permit to evangelize is “not only absurd and offensive, but also creates the basis for mass persecution of believers for violating these provisions,” read another open letter signed by Protestant Churches of Russia leader Sergei Ryakhovsky among other signatories. The law is “the most draconian anti-religion bill to be proposed in Russia since Nikita Khrushchev promised to eliminate Christianity in the Soviet Union.”

The Yarovaya laws also earned censure from those outside Russia. The European Evangelical Alliance stated it was “extremely concerned” about how the law “greatly restricts religious freedom, and urged Christians to “pray that this new law unites Christians in new ways” and “pray that this time of trial will be used by the Lord to strengthen and grow his church.”

The US Commission on International Religious Freedom said it “strongly condemns” the measures, which commission chair Thomas J. Reese said would “make it easier for Russian authorities to repress religious communities, stifle peaceful dissent, and detain and imprison people.”

More than three-quarters of Americans want the next US president to “be committed to addressing the persecution that some Christians face around the world,” according to a poll released this week by Open Doors.

However, how Russia’s new laws will be applied is “a very huge question mark,” Slavic Gospel Association communications manager Joel Griffith told Mission Network News. “Pray that the law will not be enforced or interpreted as strictly as it is written.”

If strictly enforced, the laws could “stop missionary activity to anybody but representatives, registered organizations, and groups,” he said. “It would require every missionary to have documents with specific information proving connections to a registered religious group.”

While the new laws leave the door for Russian evangelism still open, it’s “only slightly ajar” as Russian evangelical churches will soon be “behind a new ‘Iron Curtain,’” stated Mission Eurasia president Sergey Rakhuba in the ministry’s official reaction.

“We don’t know yet how these laws will be implemented, but it is already clear that they are achieving their goal of creating an atmosphere of fear and suspicion within society, while allowing the government to restrict freedom in violation of the Constitution and international norms,” he wrote. “Believers will soon need to make a very important choice: whether to obey God or these new Russian ‘laws.’”

The requirement to practice religion only in registered places of worship creates a Catch-22 for Russian Protestants, who are often blocked by the state from obtaining property on which to build those houses of worship, Pentecostal Union deputy bishop Konstantin Bendas told Forum 18.

Lawyers are preparing an appeal to Russia’s Constitutional Court, Forum 18 reported. The new law directly contradicts the right to “manifest … religion or belief in worship, observance, practice, and teaching,” both in public and private, that is outlined in the Organization for Security and Cooperation in Europe, of which Russia is a participating state.

Russia’s previous religion law, passed in 1997, didn’t limit the public sharing of beliefs; however, some regions imposed local laws restricting evangelism, according to Forum 18. A 2012 law criminalized “offending religious feelings” in Russia, but few were prosecuted.

The current law was proposed in June and passed quickly, even though Deputy Prime Minister Sergei Prikhodo stated twice—in May and in February—that sufficient regulation of religion already existed.

Russia’s Protestant churches are concerned but not panicked, reports independent journalist and Russian Evangelical Alliance consultant William Yoder. With more than 1,000 Protestant house churches meeting in Moscow alone, cracking down to the letter of the law will not be easy. He wrote:

Russian evangelicals have many decades of experience in dealing with a non-sympathetic state. There have also been frequent run-ins with the state since the mid-1990s. In fact, Belarus has had restrictive legislation very similar to the “Yarovaya Laws” in force since November 2002. Despite occasional incidents, non-registered Baptists and Jehovah’s Witnesses continue to meet there and Minsk’s highly-visible and Charismatic “New Life” congregation keeps on meeting—illegally—in a rebuilt cow barn. Humanitarian work and evangelistic efforts continue.

Far-flung Russia will hardly be more “successful” regarding implementation of its new laws. Konstantin Bendas, deputy head bishop of the “Associated Russian Union of Christians of Evangelical-Pentecostal Faith” (ROSKhVE), notes that over a thousand Pentecostal house groups are meeting alone in Moscow. Yet, sadly, a complex legislation of repression is now in place and could be put into practice if ever the need arises. That “need” would arise as a result of greatly-heightened East-West tensions—tensions which are also very much contingent upon Western behaviour. Western citizens can do something about this.

"Let's wait and see what actually happens in terms of implementation on the ground. There is often a temptation in these situations to immediately fear the worst,” Release International chief executive Paul Robinson said, according to the Evangelical Alliance UK. “But, having said that, we need to pray for Russian brothers and sisters now, as it's possible the doors may well be closing on the freedoms the church in Russia currently enjoys.”