How evangelicals and others see God’s providence in The Big Game vs. Trump’s election.
Kate Shellnutt|February 3, 2017 11:49 AM 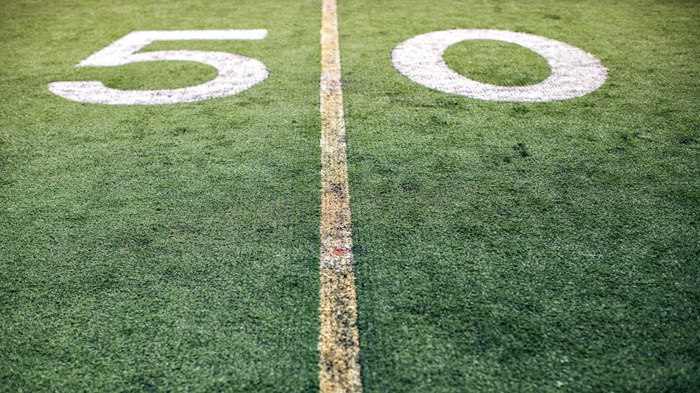 Is the God who reigns over Election Day also in charge of Super Bowl Sunday?

White evangelicals are twice as likely to say God plays a role determining the outcome of the presidential election than determining which team wins major sporting events, such as this weekend’s faceoff between the Atlanta Falcons and the New England Patriots.

While 71 percent saw God’s hand in Donald Trump’s victory, just 36 percent recognize him as playing a role in The Big Game, according to a new poll by PRRI. Among all religious groups, nonwhite Protestants (41%) were most inclined to say that God determines who wins in sports.

Around an earlier Super Bowl, theologian William Lane Craig told CT how God’s providence rules all of life’s details, but not all rise to equal significance. “Christian virtues will be of overriding importance,” the Biola apologist said. “Lower in priority will be, for example, the number of wins that you get in a season or the number of passes you catch or complete.” 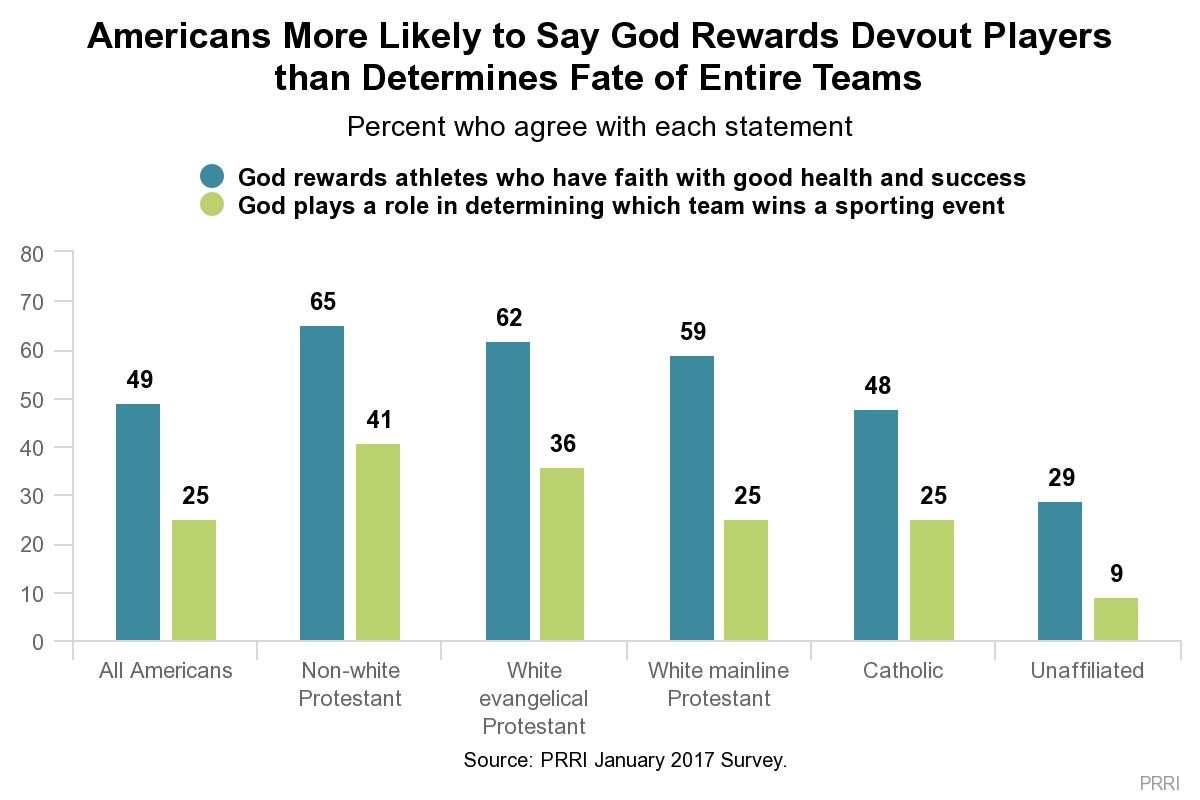 Americans across all faiths were more likely to believe God rewards individual athletes for their faith rather than determining the fate of an entire team, PRRI researchers found. Almost two-thirds of nonwhite Protestants (65%) and white evangelicals (62%) say God grants success and good health to the Tim Tebows of the world, compared to about half of Americans overall.

Ed Uszynski, who works with Cru’s sport ministry, Athletes in Action, resists the notion that wins can be seen as God blessing faithful athletes. He wrote for Desiring God:

We quickly devolve into silliness when forced to imagine God wearing a particular jersey … or that he is somehow predisposed toward one major institution or another at the conclusion of March Madness. Yet even if God operated in this cartoonish way, even if we could put all the “righteous” on one team or another, God has a history of allowing his people to lose on the field so they can somehow win in the deeper, soul-centered arenas of life.

That doesn’t stop many sports devotees from asking for God’s favor anyway. More than a quarter of fans (28%) said they have prayed for their team, according to PRRI.

Back in 2014, LifeWay Research reported that just 13 percent of Americans pray for victory for their favorite sports team, and that Catholics (20%) were about twice as likely as Protestants (11%) to do so.

This year, 41 percent of churches will be changing their Sunday night services in some way—either adjusting activities or canceling altogether—as a result of the Super Bowl, LifeWay found.

David Prince, author of In the Arena: The Promise of Sports for Christian Discipleship, was a guest on CT’s Quick to Listen podcast this week, discussing why America’s football fandom doesn’t rise to the level of religious devotion.

CT’s past Super Bowl coverage includes how Christian coaches faced off in the big game, preparing for Lent at a Super Bowl party, and whether Christians loved “God Made a Farmer” too much.

CT also covered how Christians can combat the “church of the NFL” by becoming members, and whether or not Christians should fight for prayer on the football field. CT also interviewed the Christian doctor featured in the movie Concussion and reviewed the film.