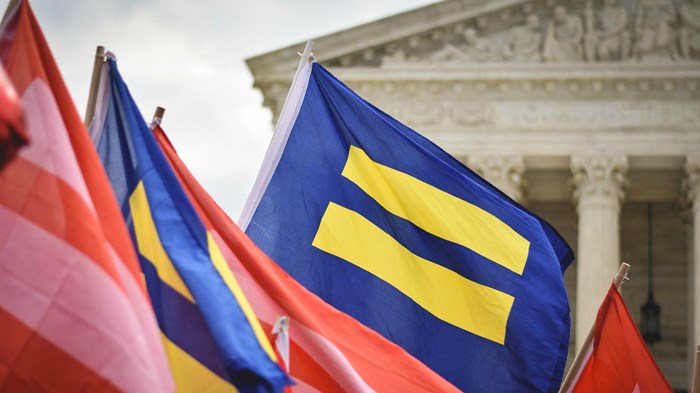 Compromises designed to safeguard both religious freedoms and LGBT rights won’t fly among many of America’s most influential conservative Christians.

“[We] believe that proposed SOGI laws, including those narrowly crafted, threaten fundamental freedoms,” they wrote as part of the “Preserve Freedom, Reject Coercion” campaign, hosted by the Colson Center for Christian Worldview.

The declaration follows months of conversations among Christian college leaders around the Fairness for All strategy, which would bring religious leaders and LGBT advocates together to try to secure satisfactory legal protections for both. Parties from each side of the conversation are convening this weekend for a conference at Yale University.

As CT reported, the Council for Christian Colleges and Universities (CCCU) spearheaded discussion of a potential nationwide Fairness for All law—modeled after a well-regarded compromise enacted in Utah in 2015—among its members and partners.

Advocates of the Fairness for All approach argue that evangelicals and other faith groups end up with greater protections when actively involved in crafting legislation; if left up to the courts to weigh the rights of either side, Christian-run institutions and businesses—from churches to bakers—risk more severe restrictions.

Presidents and professors from 16 CCCU member schools and affiliates are among the signatories declaring that “any ostensible protections for religious liberty appended to such laws are inherently inadequate and unstable.”

In the wake of the “Preserve Freedom” statement, Shapri LoMaglio, the CCCU’s vice president for government and external relations, said:

We are continuing to explore Fairness for All as well as all legislative and legal options that could help secure long-term, comprehensive, and robust religious liberty protections for our institutions. We are committed to identifying the best solution to accomplish these goals, not a particular solution.

At stake in the SOGI dispute are the local, state, and federal laws governing whether religious institutions or businesses owned by people of faith must serve LGBT individuals despite their convictions on sexuality and gender.

Opponents of Fairness for All legislation worry that such compromises offer too limited protections at the expense of designating SOGI as a protected class—a position they believe has deeper moral implications for Christians.

When the Utah Compromise was passed two years ago, Moore and Ethics and Religious Liberty Commission colleague Andrew Walker called the effort to ensure fair treatment of LGBT individuals “well-intentioned,” but took issue with the “arbitrary threshold” for which entities gained religious exemption under the policy.

SOGI policies attempt to impose, by force of law, a system of orthodoxy with respect to human sexuality: the belief that marriage is merely a union of consenting adults, regardless of biology, and that one can be male, female, none, or both, again, regardless of biology. SOGI laws impose this orthodoxy by punishing dissent, and by treating as irrational the beliefs that men and women are biologically rooted and made for each other in marriage.

We have seen in particular how these laws are used by the government in an attempt to compel citizens to sacrifice their deepest convictions on marriage and what it means to be male and female, people who serve everyone, regardless of sexual orientation or gender identity, but who cannot promote messages, engage in expression, or participate in events that contradict their beliefs or their organization’s guiding values.

Conservative blogger and radio host Erick Erickson wrote, “What we are finding out from the controversy over legislation to protect religious freedom is this: You will be made to care. There will be no middle ground.”