Americans who identify as agnostic or “nothing in particular” are four times more likely to change their religious affiliation than Protestants or Catholics.
Ryan P. Burge|February 6, 2018 08:00 AM 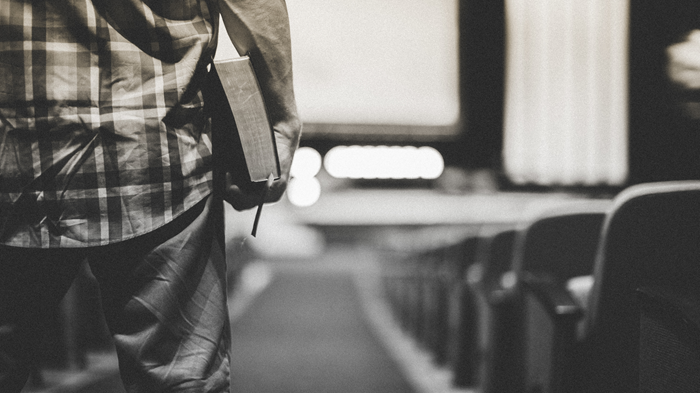 In his book Changing Faith, sociologist Darren E. Sherkhat contends that Americans shift their religious identifications more often than any others in the Western world.

As a researcher focused on religion and politics, I’ve always wanted to explore religious switching in more depth, but never really had the data to do it—until now.

The Cooperative Congressional Election Study (CCES) includes a panel survey—where the same people are asked questions over an extended period of time—for 2010, 2012, and 2014. Because the CCES panel started with 9,500 respondents, it provides enough data for us to compare subgroups and track overall religious migration in the United States over the past several years.

Looking as broadly as possible, the entire dataset shows how much change in American religious identity occurred between 2010, 2012, and 2014.

The three vertical bars show the distribution of religious identities in each survey year. This visualization also contains an alluvial ... 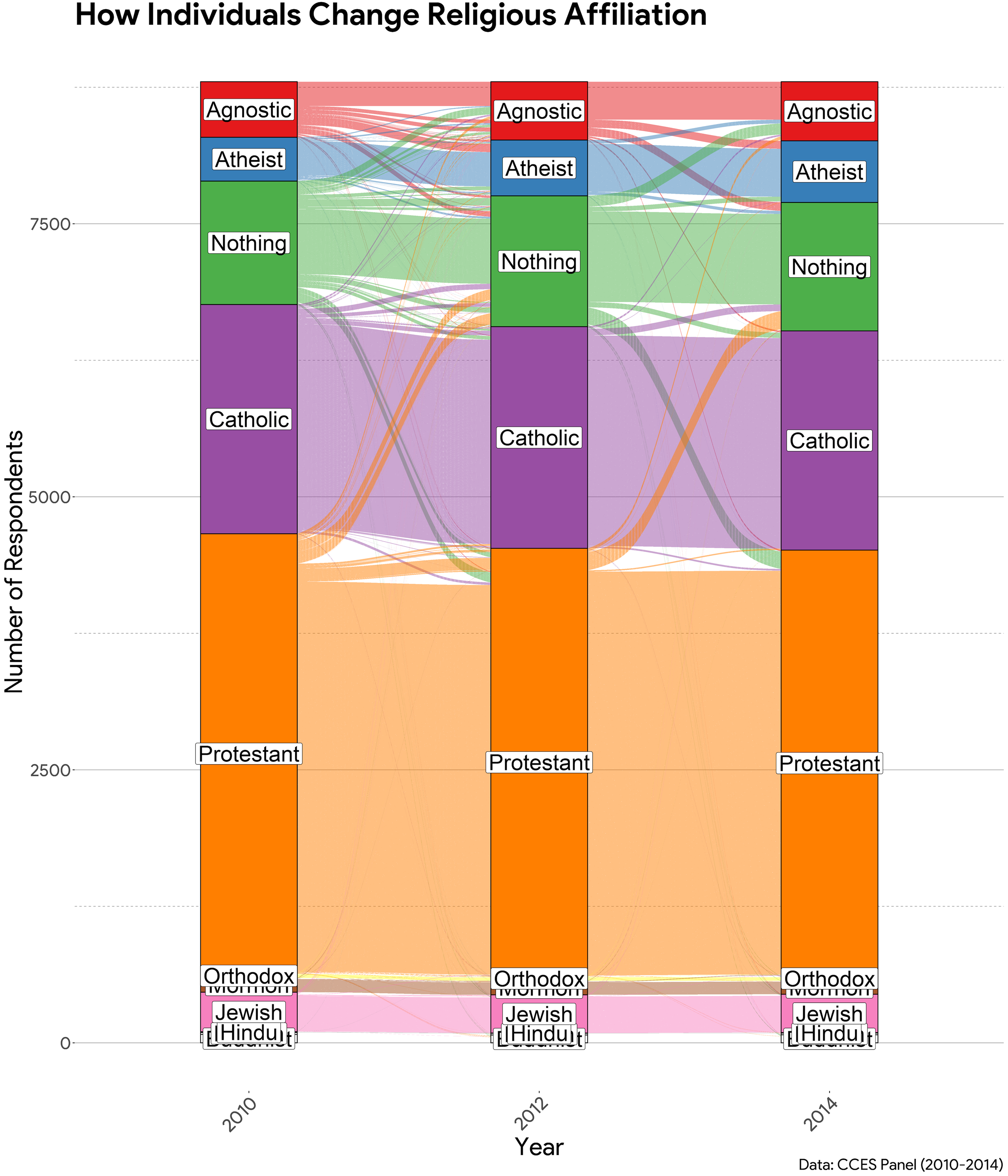