The Edinburgh New Testament professor modeled faithful scholarship with his work on historic devotion to Jesus.
Holly J. Carey|November 27, 2019 07:47 AM 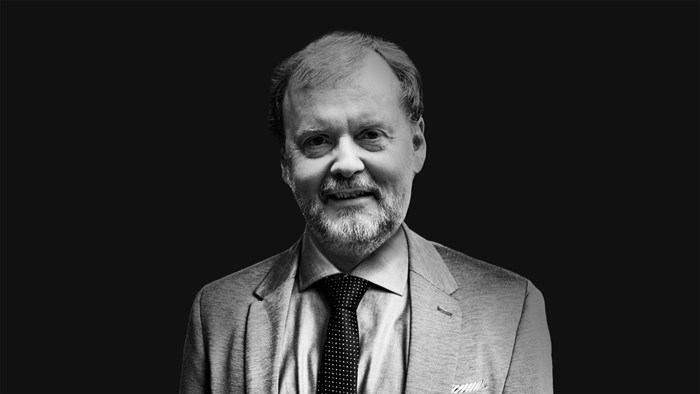 I went to Larry Hurtado’s office at the University of Edinburgh immediately after I defended my doctoral dissertation. There he was—a scholarly giant, a celebrity in our world—chatting with my husband and nervously bouncing my baby boy on his knee. That’s how Larry was. Hospitable. Approachable. And committed to service, with both his life and his scholarship.

Larry died of cancer on Monday at the age of 75. He was a remarkable New Testament scholar, and he was my mentor, PhD supervisor, and friend.

Larry’s impact on biblical scholarship was far-reaching. He started his academic career at Regent College, in Vancouver, British Columbia, before moving to the University of Manitoba, in Winnipeg. He was appointed Professor of New Testament Language, Literature, and Theology at the University of Edinburgh in 1996 and established the Centre for the Study of Christian Origins there, focusing on the first three centuries of Christianity.

Larry wrote landmark studies of the Gospel of Mark, and on how ancient Christians manuscripts matter for understanding the New Testament and the early church.

His most groundbreaking work was done on early Christian worship of Jesus. His focus was not only on what Christians believed about Jesus, but on what their actions indicated about their views of Jesus’ divine status. He looked at prayers to Jesus and the use of Jesus’ name to understand how the early church’s worship of Jesus was compatible with Jewish worship of one God.

As fellow colleagues have noted in tribute, Larry “showed the way for many of us as to how a good critical scholar could at the same time be committed to the orthodox Christian faith” and “was a rare breed of scholar who commanded respect from all sides.” He modeled faithful scholarship with faithful commitment to Jesus—a rare and difficult path to trod.

I first met Larry at an annual meeting of biblical scholars. He had just publishedLord Jesus Christ: Devotion to Jesus in Earliest Christianity, a massive and game-changing volume that was the the culmination of more than 10 years of his life’s work. I was a graduate student with PhD aspirations. We met at the display for his new book, and I was immediately struck by the instant impact his work had on scholarship, made clear by the endless procession of well-established scholars who lined up to shake his hand and congratulate him.

And yet, Larry was not the type of person to let such accolades go to his head. He didn’t let it distract him from his interest in my work and our conversation. I didn’t even have my master’s degree. And yet he listened and supported me. This was the pattern that continued throughout the years. While at the University of Edinburgh, he always made time for his students, meeting us for lunch on a regular basis, inviting us to his flat for chili and a football or rugby game, organizing a trip to see ancient Christian manuscripts, and making sure that those of us who studied the Gospel of Mark were invited to a seminar on the subject.

The last time I saw him was this past summer. I contacted him earlier in the year to see if we could meet for just a brief minute or two while I was in Edinburgh on a family vacation. He was newly in remission, and I didn’t want to add to his fatigue or inconvenience him—but I was also keenly aware that this would likely be the last time I saw him in this life. His response was to enthusiastically invite all of us over to his flat for tea. As always, he was the life of the party, even bringing out the bow and arrow he regularly shot at an archery club (think Robin Hood) to show our pre-teen boys how to shoot it. His hospitality was a hallmark of my time as a student, and now—a dozen years later—he entertained us one last time.

He was a prolific academic writer, but he also kept a blog where he willingly engaged both scholars and non-scholars who were interested in those subjects. He passionately believed that scholarship could serve the church, not be antithetical to it.

For many of us to whom he was mentor, friend, peer, and colleague, he was the best of what this discipline has to offer, and he will be sorely missed.

Holly J. Carey is Professor of Biblical Studies at Point Univeristy, in West Point, Georgia, and the author of Jesus’ Cry from the Cross: Towards a First-century Understanding of the Intertextual Relationship between Psalm 22 and the Narrative of Mark’s Gospel.