Is It Discrimination or ‘Do No Harm’? Christian Doctors Gear Up for Transgender Debates

As HHS challenges continue to play out in court, the Christian Medical and Dental Associations provides a more robust position statement on treating patients with gender dysphoria.
Kate Shellnutt|May 19, 2021 06:00 AM 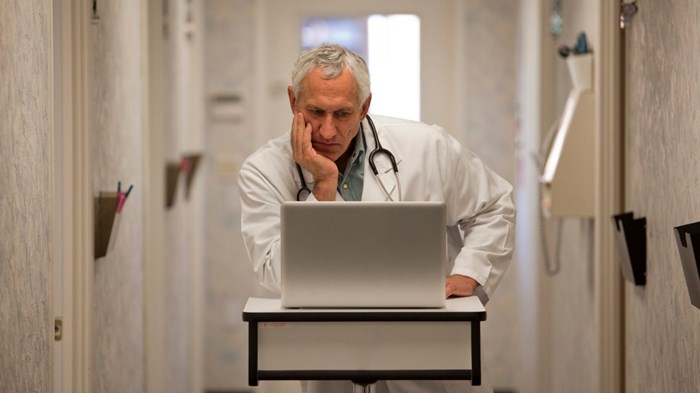 Update (July 26, 2022): The Department of Health and Human Services (HHS) is moving to expand its nondiscrimination policies around sexual orientation and gender identity, which would have practical and legal implications for doctors who decline certain procedures such as gender transition treatments.

A proposed rule, released on Monday, is meant to better align with the 2020 Supreme Court ruling in Bostock v. Clayton County, which included sexual orientation and gender identity in workplace discrimination protection on the basis of sex. HHS would enforce the revised policy among health care providers receiving federal funds as well as insurers.

HHS noted in the proposed policy that multiple groups have already opposed existing enforcement of the Affordable Care Act’s nondiscrimination policies, called Section 1557, on religious grounds. There are appeals pending in the Fifth and Eighth Circuit courts, and a district court in North Dakota has barred the HHS from enforcing the policies in a way that would require Christians “to perform or provide insurance coverage for gender transition services or restrict or compel their speech on gender identity issues.”

Luke Goodrich, senior counsel at the religious liberty firm Becket, criticized the new rule, which he said attempts to “force doctors to perform gender transitions and abortions. Goodrich tweeted, “Everyone benefits when doctors are free to follow their Hippocratic Oath to ‘do no harm.’ It’s long past time for this Administration to stop fighting against conscience, common sense, and sound medical judgment. And we expect the courts to agree—yet again.”

As cultural conflicts around transgender identity grow more intense, Christian doctors see a need to be more sensitive to the plights and preferences of people experiencing gender dysphoria while also holding firm to personal and professional convictions around biological sex.

That’s what the Christian Medical and Dental Associations (CMDA) says in an updated statement on transgender identification that leaders hope will inform its 20,000 members as well as the general public.

That balance might be difficult to maintain, though, if federal health officials take the position that declining certain treatments for transgender patients can be considered a form of discrimination based on sex.

Last week, the US Department of Health and Human Services (HHS) announced that antidiscrimination protections under the Affordable Care Act include sexual orientation and gender identity. The current administration’s stance revives a contested interpretation under President Barack Obama.

Though the HHS announcement said the department would comply with religious freedom protections in its enforcement under this interpretation, the decision raises the stakes for two current lawsuits over conscience protections for religious hospitals and doctors who do not perform certain procedures for faith reasons—and it is expected to spur further legal challenges.

“We do know that this is happening. Our fear, as an organization, is we had a temporary reprieve under the Trump administration,” said Dr. Jeffrey Barrows, CMDA’s senior vice president of bioethics and public policy. “We are very concerned and expect that we’ll have an increase in lawsuits and threats against our members and other Christian health care professionals if they do not perform some of these surgeries, prescribe cross-sex hormones, or prescribe puberty-blockers.”

The CMDA’s revised position statement on transgender identification came out last week; at 6,700 words, it’s more than triple the length of its previous statement from 2016, adding more biblical references and medical citations from research and examples over the past five years.

“While we’re not doctrinally backing down, we realized that there were some things we could do, some fine-tuning on how we phrase things, that type of thing,” said Barrows. “For the first time many of our members have been confronted with the whole pronoun issue … and are put in the position of pronouns of using a ‘preferred pronoun’ and think, ‘What does the Bible say about that? As a Christian, should I really do that?’”

Christians in health care should not discriminate or turn away patients based on their LGBT identity and “should respect how a patient wishes to be addressed, including pronoun preferences, within reason,” according to the CMDA.

The organization affirms that patients struggling with gender identity should be treated “with sensitivity and compassion, consistent with the humility and love that Jesus modeled and commanded us to show all people.” The association says it’s out of this sense of care and responsibility that it cannot endorse treatments it believes are harmful and not medically justified.

The position statement says that Christians in health care should not initiate “hormonal and surgical intervention” intended as sex reassignment and takes a stand against doing so through treatments such as alterations to sexual anatomy, uterine transplants, or hormones for children or adolescents.

The CMDA reviews theological, ethical, and medical considerations before taking its positions. The group concluded that participating in gender reassignment “threatens professional integrity by undermining our respect for biological reality, evidence-based medical science, and our commitment to non-maleficence.” The association also defends Christians’ role in offering support to patients who ask for help accepting their biological sex and gender identity.

The conversation around transgender identity, and non-gender-conforming youth in particular, is growing and shifting, as Wheaton College psychologist and gender dysphoria expert Mark Yarhouse discussed with CT last month. Doctors and other health care providers are increasingly seeing those questions come into play in their practices and, according to the CMDA, are feeling the pressure to respond with sex reassignment treatments.

The Biden administration’s guidelines, released on May 10, were framed as an effort to protect LGBT people from discrimination in health care settings that receive federal funding. The HHS document deals with section 1557 of the Affordable Care Act, the same part that has been challenged by religious liberty advocates in court.

Policy experts state that, according to section 1557, “insurance plans across the country may not deny access to medically necessary medications, surgeries, and other transition-related treatments for transgender people if similar services—a hysterectomy, for example—would be covered for non-transgender people.”

Because the vast majority of the US health care system receives federal funding through Medicaid and Medicare, the regulation extends broadly, including to certain providers who decline to perform sterilization procedures and gender assignment for faith reasons.

In two lawsuits, one in Texas and one in North Dakota, the Becket Fund argued on behalf of Christian hospitals and doctors, including the CMDA, that the HHS interpretation of the law violated regulatory requirements and protections under the Religious Freedom Restoration Act, said Becket vice president and senior counsel Luke Goodrich.

While the courts sided with Becket’s case, the outcomes are still being challenged. Last month, an appeals court in the Fifth District (Texas) sent the decision back to the trial judge for reconsideration in light of more recent decisions around gender identity protections, and the Biden administration appealed the injunction granted in the Eighth Circuit (North Dakota).

The recent HHS guidance, by emphasizing the federal protections for gender identity, could strengthen the religious liberty argument by making it clearer that the interpretation and enforcement of the regulation would put the plaintiffs—who treat transgender patients for everything from “cancer to the common cold”—in the position of having to perform gender reassignment procedures against their conscience or lose out on federal funding.

The “transgender mandate” in some ways is running in parallel to the yearslong legal battle over the ACA’s “contraception mandate,” requiring employers to cover items such as birth control.

“In some ways, this announcement on Monday (May 10) goes further than the contraception mandate because it’s not just that you have to cover gender transition procedures in your health insurance plan, it’s also that you have to perform the procedures yourself as a doctor in the hospital,” said Goodrich, who is also the author of Free to Believe, a book on religious liberty in America. “The very simple solution here is for the administration to adopt a very clear and broad religious exemption that tracks the courts’ decisions in Hobby Lobby and Little Sisters of the Poor.”

So far, the administration hasn’t moved in that direction, but he says losses in court could force them to carve out the protections around gender reassignment that Christians in health care are asking for.

Is It Discrimination or ‘Do No Harm’? Christian Doctors Gear Up for Transgender Debates

Is It Discrimination or ‘Do No Harm’? Christian ...