Nigerian Christians Protest Muslim-Muslim Ticket as a ‘Declaration of War’ 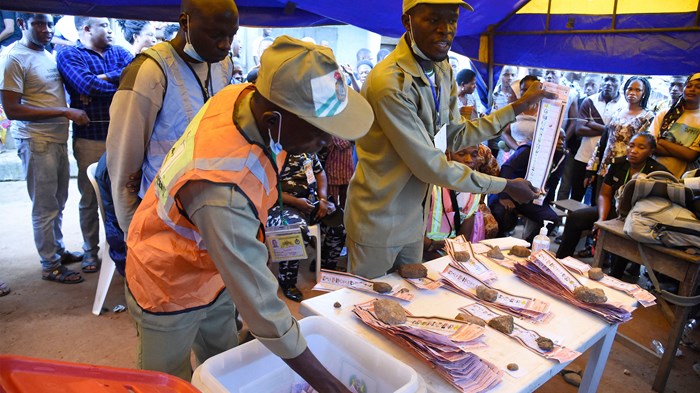 The field is set for Nigeria’s 2023 presidential election, leaving its Christian citizens in a quandary.

In selecting candidates to replace the current head of state, Muhammadu Buhari, one dominant political party ignored customary protocols ensuring geographic rotation of power, while the other party—in the face of severe warnings—abandoned the customary commitment to religious representation.

Believers may desert them both.

Africa’s most-populous nation is roughly divided between a majority Muslim north and a majority Christian south. An unwritten agreement has rotated the presidency between the two regions. Buhari, a Muslim, hails from Borno State in the northeast.

The first transgression, by geography, happened in May when the opposition Peoples Democratic Party (PDP) nominated Atiku Abubakar from Adamawa State, also in Nigeria’s northeast. A Muslim, he chose as his vice-presidential running mate Ifeanyi Okowa, the Christian governor of Delta State in the south.

One month later, the incumbent All Progressives Congress (APC) nominated Bola Tinubu, the Muslim former governor of Lagos State in the south. But since he hails from a Christian region, fears were raised that his Muslim rival for president might sweep the north—viewed by many as a more reliable voting bloc. Speculation was rampant he would choose a Muslim vice-presidential candidate to compensate.

“We will consider such action as a declaration of war,” warned the Christian Association of Nigeria (CAN), which represents almost all the nation’s Protestants and Catholics. “We … will mobilize politically against any political party that sows the seed of religious conflict.” CAN also opposes any Christian-Christian political ticket as well.

Similar statements were issued by two of CAN’s five blocs: the Pentecostal Fellowship of Nigeria—“Meet us at the polls,” it said—and the Catholic Secretariat of Nigeria.

The civil society Middle Belt Forum warned the APC against breaking Nigerian unity. And a leaked security report—denied by Buhari—said such a choice would destabilize the nation and risk Christian lives.

Tinubu defied them all.

“I believe this is the man who can help me bring the best governance to all Nigerians,” he said on July 10, defending his selection of the Muslim former governor of Borno, Kashim Shettima. “In this crucial moment, where so much is at stake, we must prioritize leadership, competence, and the ability to work as a team over other considerations.”

The vice president of Nigeria holds no formal power. But Christians were aghast at the affront.

“In a country with 100 million people in each religion, are you saying there is no competent Christian who can be your partner?” asked Samson Ayokunle, the outgoing president of CAN. “If you are picking a Muslim, it means you have an agenda.”

Ayokunle, a Baptist, assured that CAN, which this week will rotate to new leadership, has no preference in terms of political parties. Tinubu governed Lagos well, he said, and Abubakar has never picked a fight with Christians.

However, “CAN said loud and clear that we will teach a lesson to any party with a Muslim-Muslim ticket,” Ayokunle told CT. The only complication? “Christians have not been voting enough.”

It may be about to change.

Denominations across Nigeria have launched voter registration campaigns. Some churches have even barred Christians from Sunday worship until they present their personal voter card, said Joseph Hayab, CAN chairman for Kaduna State in Nigeria’s north.

“Government was instituted by God,” he said. “I would be an irresponsible child to not be involved, as I have to take care of my Father’s property.”

A Baptist, Hayab said the Nigeria Baptist Convention first centered this issue in its 2018 general assembly, seeking to reverse a mentality that originated with foreign missionaries 150 years ago. Back then, Hayab said, Nigerian Christians came to learn that politics was “dirty,” to be left to those less strong in the faith. And over time, Nigerian Muslims took over.

Today Hayab urges believers to join all political parties, in order to change them from within. While critical of the APC decision, he called also for introspection.

“Perhaps it is the Christians in that party that are incompetent,” he said, “in their capacity to mobilize support for their party.”

But if the vice-presidential choice will motivate Christians against the APC, the PDP also faces a religious hurdle. Last May, Abubakar deleted a tweet condemning the mob murder of Deborah Samuel, who was accused of blasphemy against Islam, when he faced Muslim pushback in the north.

One comment claimed the condemnation would cost him one million votes in Sokoto, home to Nigeria’s ancient sultanate, despite the Muslim council condemning the killing. Earlier this month at the International Religious Freedom Summit in Washington, an official representative of the sultan signed a “Declaration for a Peaceful and Secure Nigeria” with Ayokunle.

“People feel they might not be able to vote for someone who cannot stand firm,” the CAN president said of Abubakar. “Others feel that all previous governments have failed, so why vote for anyone?”

The youth wing of CAN vowed to withhold votes from any candidate who does not clearly condemn Samuel’s murder. Tinubu—whose wife is an ordained pastor in the Redeemed Christian Church of God, a prominent Pentecostal denomination—has kept mum.

Gideon Para-Mallam has not.

At the time, the former Jos-based Africa ambassador for the International Fellowship of Evangelical Students called for calm as he joined protests against the killing. He laid blame on the Buhari administration, and his words are even stronger now.

“The party is a disservice to Nigeria and humanity,” said Para-Mallam. “Another APC presidency will usher in full genocide.”

The problems predate Buhari’s eight years in power. Since 1999, Christian advocates blame militants among the Fulani herdsmen, who are predominantly Muslim, for the deaths of over 20,000 mostly Christian farmers and the displacement of hundreds of thousands. Since 2009, Boko Haram, a jihadist terrorist group, has killed 35,000 Muslims and Christians alike.

But in recent years, attacks on churches have escalated: 18 tallied in 2020, and 31 the following year. The first six months of 2022 have witnessed 23. Open Doors ranked Nigeria an ignoble No. 1 in its annual global tally of Christians killed (4,650) or abducted (2,510), as well as Christians’ homes and shops attacked (a symbolic tally of 1,000 each), for faith-based reasons.

Nigeria is ranked No. 7 overall on the World Watch List of the 50 countries where it is hardest to be a Christian. Open Doors USA recently highlighted 10 Nigerian martyrs over the past decade, most within the past few years.

Though there are honorable politicians within the APC, at the national level it is “full of bigotry, a party of deceit,” said Para-Mallam. Bringing the latter somewhat out into the open, one APC official said the factors in choosing a vice-presidential candidate went beyond their competency.

“Politics is all about strategy for winning election,” said Usman Garba, from Kaduna. “In the current situation, it is strategic to pick a Muslim from the North.”

Such an arrangement was last attempted three decades ago—and won. But it was quickly scuttled by a military coup, and democratic governance did not return until 1999.

“I will not and cannot ignore the religious concerns and ethnic sensitivities of our people,” said Tinubu in a 35-point statement. Yet, he argued, “The spirit of 1993 is upon us again in 2023.”

Will it work? Para-Mallam counsels Christians and fair-minded Muslims to cast their ballot for Peter Obi, the presidential nominee of the smaller Labor party—for his competency, not for his faith or ethnicity. From Anambra State in the southeast, the Catholic politician has chosen Muslim former senator Yusuf Baba-Ahmed, from Kaduna, as his running mate.

Some media reports have touted the 60-year-old candidate as popular with the youth—compared to the 75-year-old Abubakar or the 70-year-old Tinubu. Though infrequent at the polls, Nigeria’s younger voters could represent up to 70 percent of the electorate if mobilized.

Obi may have difficulty winning over other demographics, however. Baba-Ahmed was criticized for his comments stating he wants to be known for his qualifications, not as a Muslim or a northerner.

Christian sources validated this perspective to CT; however, they also say it is not yet viable at the national level.

“Ordinarily, there would have been nothing wrong with a Muslim-Muslim or Christian-Christian ticket in a democratic dispensation if … the overriding desire for seeking political office is the fostering of the common good,” stated the Catholic Secretariat. “But one cannot really say so of our country at the moment.”

Last month, dozens were killed in a terrorist attack during Mass.

With seven months until the first round of presidential elections, time remains for voters to gravitate to the outsider Christian contestant, the PDP’s split religious ticket, or the APC’s Muslim-Muslim duo. A runoff will take place unless one candidate tops 50 percent overall, with at least 25 percent of votes in 24 of Nigeria’s 36 states.

“Many people are saying it is not the turn of Muslims to take over from a Muslim,” said Ayokunle. “We have seen eight years of instability; we need fresh water.”

Nigerian Christians Protest Muslim-Muslim Ticket as a ‘Declaration of War’