What’s the best way to oppose abortion? Some pursue a national ban while others object that “plays into liberals’ hands.”
Daniel Silliman|September 16, 2022 02:30 PM 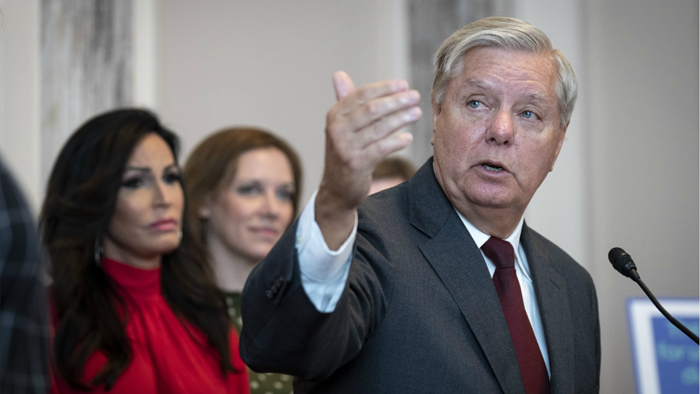 The pro-life movement has focused on the fight in the Supreme Court for so long that when the Dobbs v. Jackson decision finally came—overturning Roe v. Wade and ruling that abortion can be regulated—it wasn’t clear what the plan was after that. The hoped-for, prayed-for, and worked-for victory didn’t end abortion, after all. Ending Roe was just one political battle in the process, even if took 50 years.

“When the decision first came out and shortly after that, there was a lot of jubilation in the pro-life community,” Timothy Head, executive director of the Faith and Freedom Coalition, told CT. “But there wasn’t a second clause to that sentence, ‘Roe has been overturned, ______.’”

After a bit of a scramble over the summer, the largest pro-life groups have emerged to embrace a national plan, calling for a federal ban on abortion. They don’t see it as state’s rights issue. They want to deal with abortion at the level of national politics.

They were ready to support Republican Senator Lindsey Graham when he came out on September 13 with a proposal for a ban on abortions after the 15th week of pregnancy, a few weeks after the first trimester. While top pro-life leaders may disagree with some details of the draft legislation, they focused on using it to frame the choice voters will face in the upcoming midterm elections.

“The Protecting Pain-Capable Unborn Children from Late-Term Abortions Act would prevent cruel and painful abortions from being performed on innocent children,” Carol Tobias, president of the National Right to Life Committee, said in a statement. “The only thing the Democrats are offering the American people in this campaign is an opportunity to kill more and more children by abortion.”

Marjorie Dannenfelser, president of Susan B. Anthony Pro-Life America, stood at Graham’s right. She has pushed Republican candidates to see a national abortion ban as a winning issue. They should make it a top priority to motivate conservative Christians to vote on on election day.

According to a Morning Consult poll done in July, 41 percent of evangelicals support an abortion ban with no exceptions, though for most, it is not a top priority.

“If Republicans want to win elections and save lives, it is imperative they learn from past mistakes,” Tobias wrote in an op-ed in TheWashington Post. “With just two months left in this pivotal election cycle, they must learn very quickly, lest the only ‘red wave’ come from the bloodshed of countless innocents.”

But not everyone in the pro-life movement agrees with this strategy. The Faith and Freedom Coalition, which was founded by Ralph Reed as the Christian Coalition for the 21st century, is pushing for a state-by-state approach.

There are no big theological differences between the two sides. Both agree on the moral question of abortion. But they disagree about what to do now, after Dobbs.

There are philosophical reasons for the difference. While some on the Religious Right, such as those who call themselves “national conservatives,” have been arguing state power should be used to defend traditional ways of life and American values, many still identify with the small government politics of 20th century Republicans. They believe most issues impacting the general welfare should be dealt with at the state and local level—including moral issues, such as prayer in schools and bans on abortion.

There are also strategic reasons. Speaking to CT before Graham proposed his national ban, Head said he thought that kind of approach would be “playing into liberals’ hands.” Pro-life activists, he said, are more likely to win state by state than they are in a big, national confrontation.

“Most groups on the Left don’t have chapters in places like Topeka, Kansas. We’re better organized across the country and have 50 times more staff in the states than we have in Washington, DC,” he said. “Conservatives are more engaged in local politics. … Conservatives are better equipped to fight a multifront battle than liberals are.”

The state-by-state approach also allows the pro-life groups to advocate for different policies in different places, pushing for the legislation most likely to be successful in a specific context. A novel civil enforcement mechanism might be politically feasible in Texas but stand no chance in Illinois. Missouri voters might support a parental consent law, while in North Carolina, parental notification might be more palatable.

In states like Colorado and New Jersey, where there are currently no limits on abortion, pro-life legislators could find common cause with progressive colleagues on policies that have the practical effect of reducing the number of abortions. The Faith and Freedom Coalition is talking to conservatives at the state level, for example, about legislation that rewards corporations that offer more parental leave. They also have draft legislation for programs that help mothers afford diapers, car seats, formula, and other basic necessities for caring for a newborn.

“I think that’s correct, constitutionally, but also the states are the best laboratory for figuring out the right approach,” Head said. “As the states start tackling these issues, you start to see the proliferation of ideas.”

A number of pro-life groups have prepared a menu of options for state legislatures. Americans United for Life, for example, has a proposed draft of legislation to completely ban abortion.

But the group also offers model legislation with more limited aims, proposing laws that would require pregnant women be informed of all their options or banning abortions done on the basis of the unborn child’s sex. Americans United for Life only had one similarly creative policy proposal aimed specifically at the national level: a draft of an executive order that a president could sign that would recognize fetuses as legal persons, entitled to due process and equal protection under the Constitution.

The strategic disagreements may resolve themselves quickly, as activists and operatives respond to the political situation on the ground. And pro-life voters may well choose an all-of-the-above approach and not worry about national versus federalist political philosophy questions.

Graham’s bill, however, may force candidates in the midterm election to take a stance on a national abortion ban. And it’s possible the different approaches, after Dobbs, will be an issue in 2023, as the contenders for the Republican presidential primary start to jostle for position.

A similar strategic question divided pro-life activists in the days after Roe was handed down by the Supreme Court in 1973. Some urged support for targeted programs helping mothers and reducing the number of abortions, historian Daniel K. Williams writes in his book Defenders of the Unborn. But most embraced a bolder plan that was simpler to explain and backed a constitutional amendment saying life begins at conception. That decision connected the pro-life movement to the Republican Party, shaping evangelical engagement with politics and the broader political landscape for the next 50 years.

There are also a few pro-life political operatives who are holding out hope for an alternative. Rather than fighting state by state or backing some kind of national ban that will become a contentious election issue for the foreseeable future, they’d like to see a creative compromise that effectively depoliticizes the issue.

Perhaps Democrats could agree to ban late-term abortions if Republicans would allow a range of exceptions; maybe Republicans could accept abortion in the first trimester if Democrats would agree that no federal funding could be used. It wouldn’t be perfect and no one would be really happy, but there could be a way of reaching a national settlement that would be broadly popular with voters and lower the temperature on debates about the issue, said Democratic political strategist Michael Wear.

He believes a deal—whatever the details looked like—might open up new possibilities for ways to reduce abortion and help women and children.

“Now is when a cultural of life is more imaginable,” Wear told CT. “One of the things Dobbs did was it actually widened the range of options the country could go in.”

Still, he’s not especially optimistic about a compromise. Connecticut congressman Jim Himes, a Democrat, proposed something similar to what Wear has suggested in a closed-door caucus meeting in July. None of his colleagues seemed to think it was a good idea. No one on the Republican side has floated anything similar.

“Congress can step in and let some of that steam out, or abortion politics could be worse in the next 50 years in terms of the effects it has on voters, on our politics, and on the legal regime for abortions,” Wear said. “There is a side of me that thinks, maybe this is the best it ever gets.”