The Gallup Poll has asked the question, "Did you go to church or synagogue in the past seven days?" and received a 40 percent affirmative response since 1939. But researchers noticed that did not translate into 118 million Americans filling the pews each week.

According to The Barna Group, 76 million adults regularly do not go to church. In fact, about one-third of the population surveyed has not attended any type of church gathering, outside of weddings and funerals, in the past six months.

To answer the discrepancy, researchers Kirk Hadaway and Penny Marler developed a "count-based" estimate of church attendance, using the number of churches in the United States and determining the average attendance at these churches. They arrived at an attendance figure of about 20 percent of U.S. adults.

While other researchers doubt Hadaway and Marler's research methods, most conclude ... 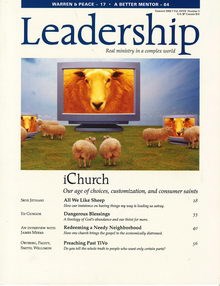