It may come as a shock to some of you to hear an editor on BCL recommending a book about Jesus that was written by a woman who became famous by writing vampire novels. So perhaps a bit of biography is in order.

Anne Rice grew up in the Roman Catholic Church, but spent most of her adulthood as an avowed atheist. In the late 1990s, she felt an attraction back to the Christian faith, and in 2004 she gave her life to Christ. Since then she's said she'll write "only for the Lord." Her Christ the Lord series is the result. The first of the series, Out of Egypt, chronicles Jesus' childhood. The Road to Cana is Rice's follow-up. It picks up with Jesus at around age 30, and includes his baptism by John, his temptation in the wilderness, and the miracle of turning water to wine at the wedding in Cana.

In a stunning act of confidence, Rice chose to write the series in the first person–with Jesus as the narrator. That's a recipe for disaster in the hands of a beginner; but Rice does a great job. Jesus ...

Preaching Amid Pluralism
Elevating Christ in a culture that sees all religions as equal.
Tim Keller
Trending 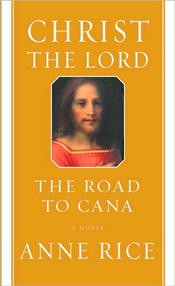