A popularity contest reinforces what's wrong with the church rather than what's right.
by Skye Jethani

In ancient Rome large audiences gathered in coliseums to be entertained by slaves and prisoners—including many Christians—fighting for their lives against wild beasts and one another. Their fate was often determined by the emperor who gauged the crowd's pleasure or displeasure. If he displayed a thumbs up the victim was spared; a thumbs down meant he was put to death. Popularity became the measure of a person's life.

For 2000 years the people of Christ have stood in opposition to this value. Paul wrote to remind the church that "we regard no one according to the flesh" (2 Cor 5:16). We do not measure a person's value by the same standard as the world. Worth is not determined by popularity, beauty, or worldly success. It is this conviction that has motivated Christians to fight against slavery, seek justice for the orphans and widows, build hospitals and schools, preach the Good News to the poor, and value all people from the womb to the tomb.

For this reason I was both saddened and disturbed ...

Preaching
Soul on Display
Eventually your preaching turns you inside out.
Gordon MacDonald
Trending 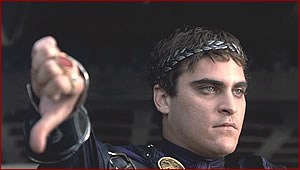