Evangelicals, politics, and the decline of the American empire with Os Guinness.
Url Scaramanga

This week's special guest on the Phil Vischer Podcast is Os Guinness!

Os Guinness is an author, a social critic, and Senior Fellow of the East-West Institute in New York. Great-great grandson of Arthur Guinness, the Dublin brewer, he was born in China in World War Two where his parents were medical missionaries. A witness to the climax of the Chinese revolution in 1949, he was expelled with many other foreigners in 1951 and returned to Europe where he was educated in England. He completed his undergraduate degree at the University of London and his D.Phil in the social sciences from Oriel College, Oxford. Os has written or edited more than twenty five books, including The American Hour, Time for Truth, The Call, Invitation to the Classics, Long Journey Home, and Unspeakable: Facing up to the challenge of evil. His latest book The Case for Civility – and why our future depends on it was published by Harper One in January 2008.

Cover Story
Empty Pews Are an American Public Health Crisis
Americans are rapidly giving up on church. Our minds and bodies will pay the price.
Tyler J. VanderWeele and Brendan Case
Editor's Pick 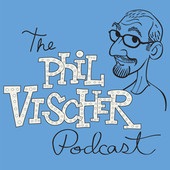