For today's entry in the Friday Five interview series, we catch up with Marian Liautaud.

Marian Liautaud is editor for Today's Christian Woman and Church Law and Tax. She regularly contributes to both as well. She is the author of War on Women. You can follow her on Twitter @marianliautaud.

Today we chat with Marian about Today's Christian Woman, sex-selective abortions, and marathons.

At the beginning of this year, CT chose to relaunch Today's Christian Woman. This was a pretty successful magazine before it was cancelled in 2009. What was behind this decision?

Today's Christian Woman is a name readers have long trusted. However, Christianity Today sensed a shift in reader needs, so they retired the TCW brand and relaunched a new media initiative called Kyria (pron. Kee-ree-uh). People had trouble saying the name, much less knowing what it meant ("chosen lady" as referred to in 2 John). Kyria focused on spiritual formation. Though the brand didn't gain traction with readers, it helped transition ...

RAISINS IN THE OATMEAL: THE ART OF ILLUSTRATING SERMONS
Mark R. Littleton
Trending 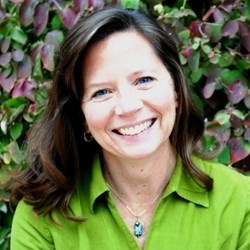