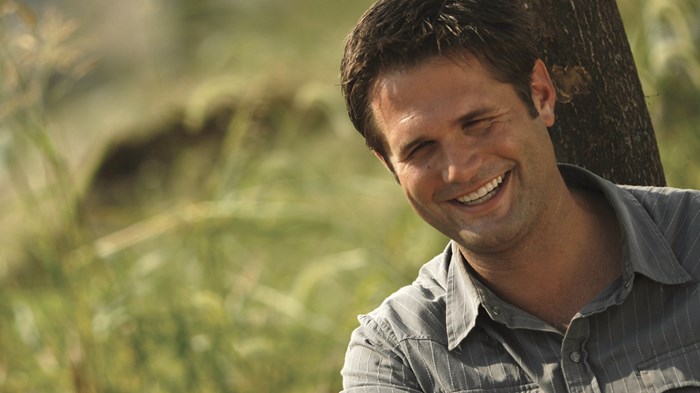 Kyle Idleman, teaching pastor at Southeast Christian Church in Louisville, Kentucky, rose to national prominence with his book and small group curriculum Not a Fan (Zondervan). It focused on commitment, urging mere fans of Jesus to become dedicated followers. For his follow-up, Aha: The God Moment That Changes Everything (Cook), Idleman turned to the topic of transformation. We talked to Idleman about what leaders can—and can't do—to help people change.

What do you mean by an "aha" moment?

As a pastor you accumulate a lot of stories and testimonies from people over the years. After a while I started to see some patterns in people's stories. Then when I was studying the story of the prodigal son, I saw a familiar pattern in his story. I examined the language used in that text. It says "he came to his senses" then "he said to himself" and finally that "he got up." I identified three elements in the story. There's an awakening moment (he came to his senses). There's an honesty moment where he comes to terms with his situation (he said to himself). And then there is action (he got up). His story had awakening, honesty, and action. I didn't even try to make it an acronym! I just thought, hey, that's an "aha" moment.

So when you talk about "aha" moments, you mean something more than a neat insight that suddenly changes you.

It starts with an awakening. We might call it conviction. And then there's honesty. We'd call it repentance and confession. The action step we might call obedience. I just finished preaching at a state penitentiary. And I asked the inmates to share about their journeys of transformation. It was refreshing—they're so open, the masks are off. And their stories confirmed for me the importance of those three things coming together: awakening, honesty, and action.

How can church leaders lead people to these moments of change?

That's tricky because in one sense, there's not much we can do. It's the work of the Holy Spirit in a person's heart and we can't force that. But we can be faithful to our callings. We teach the Word of God, and that's what convicts. That's what awakens. We can pray for the Spirit to open eyes and soften hearts of those we're preaching to. I know that seems obvious, but it's so easy to forget that, and to depend on our own communication abilities to change people. But we don't have the power to do that. We have to pray for it.

Is there anything we can do beyond praying?

I work hard to find those points where the Word of God intersects with a person's life. Over the years I've learned to listen more to the people I'm preaching to so I can find those points of intersection. I also believe we have to be bolder about holding up a mirror to help people see themselves clearly and confront the truth of their situation. We do that by preaching the Word and modeling honesty by being transparent. As pastors we can create a culture where people are encouraged to face the hard truths about themselves. Then we need to challenge them to act. We need to say, "Here's what God has called you to. So go do it."

What's the most painful phase of this process?

For some awakening can be difficult because awakening often requires a really difficult season of life, similar to the prodigal son. It takes a pigpen moment to wake up. For me the honesty stage is most difficult. God opens my eyes to something, but it's difficult to be honest about it. In James 5 we're commanded to confess our sins to one another, so that we will be healed. I don't mind being honest with God, but I have a harder time being honest with others. And of course, action is where many people get stuck. Our struggle with diet and exercise is a good metaphor for this. We know we need to exercise more and eat better. We step on the scale. We tell ourselves the truth. But when it's 5:30 a.m. and that alarm goes off to work out, it becomes pretty difficult to take action. There's a similar dynamic with spiritual life.

How can people sit under excellent, biblical preaching year after year and not change?

It really depends on the person. For me there's a sense in which I'm inoculated to good preaching and to the Word of God. I've been around it. I've heard it. So I can become numb. I have to continually pray that God would soften my heart and open my eyes. For many of us who have been in church circles for a long time, that's the danger. Our hearts have become a little bit hardened.

Then there's sin. It has a darkening effect. When we are caught up in sin, it can make it really hard to see God's trying to break through. Pride is the worst. The Bible tells us that pride is blinding. It keeps us from seeing the truth in our lives. That was certainly true with the prodigal son. He had to have his pride broken before he changed.

Adversity often precipitates change. Of course as a leader you don't want to go about making difficult circumstances for people. But how can we help them grow from their suffering?

Well, the good news is people don't need much help getting into difficulty. Tough circumstances are going to come regardless and we can assure people that if they surrender them to God, he doesn't waste them. One of the most common things I hear when I visit the penitentiary is that "the worst thing that ever happened to me ended up being the best thing that ever happened to me." They talk about how their terrible decisions sent them to prison but that's where they met Jesus. To hear them talk about difficult circumstances with gratitude because of the freedom they found in Jesus is powerful. Celebrating those stories of God's redeeming power can help people who are in the middle of it pull through to the other side.