Manipulation and coercion can help you succeed in ministry, but the tradeoff is hell.
Chris Nye 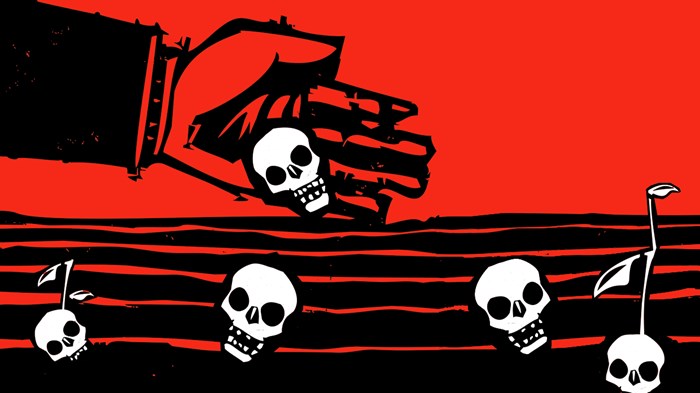 Martin Luther King Jr. was feeling ill the night before he was assassinated. He wasn’t planning on speaking at the gathering in the Mason Temple in Memphis, Tennessee, but his close colleagues convinced him: “The people need to hear from you,” they said.

That night—battling illness and a fatigue that had lingered for years leading up to that one—he told the crowd about the power of the movement he was leading. “Non-violence works,” he said, “I know it works … it works in marriages, in children … it will work in Washington.”

The next day he would be shot.

Certainly the non-violent movement of the 1960s contributed greatly to major moments in civil rights history, but the fact remains: an act of violence cut short King’s life and, in many ways, the movement he led. An evil act succeeded. The problem was articulated by Ta-Nehisi Coates in his recent article in The Atlantic following the uprising in Ferguson, Missouri: “Violence and nonviolence are tools, and … violence—like nonviolence—sometimes works.”

For all of our celebration of non-violence and for other righteous acts, there’s another uncomfortable truth: sinful behavior—or, more bluntly, wickedness—sometimes works.

We must be convinced of the smallness of our dreams.

In fact the main problem with sin is that it works. The reason we cannot stop killing, lying, lusting, and cheating is because it often gets us what we want. We wouldn’t keep doing it if it didn’t work, but it does, even if it ruins us in the end. Manipulation and coercion are fiendishly effective.

What happens when sin works? What happens when the way to grow a church numerically is to shout at staff members and control the message so that the outcomes look good to the public eye? What do we do when the only way to silence an enemy is to blast him to our online community and shame him publicly? If we don’t like a message, we kill the messenger and his whole staff. And you know what? The message dies and, at least for a time, we’re successful. It works.

The Bible contains numerous stories that underscore this principle. “Just lie and say you’re my sister,” Abraham says to his wife, and they both survive a scary moment. David gets the wife of one of his soldiers pregnant and then covers up his lust and lies with murder. And it works. Most often, the best way to achieve the results we want is to manipulate people and commit acts of wickedness, whether they be minor or extreme.

On the other hand, it seems like the selfless saints never win. King was shot before he turned 40. Dietrich Bonhoeffer was slain at the same age. Of course, they remind us of Jesus of Nazareth, who was found with no fault before the governing authorities but was nonetheless murdered on the outskirts of town.

If we want to get things done, if we want to build a society and make a movement and grow a community and achieve something great it seems as though non-violence, purity, and quiet faithfulness isn’t the way to do it. Building the Tower to the Heavens seems to require pride and steamboat ambition. It’s easier to pick up the sword in order to manage our circumstances. If things can just go as we’ve planned them, if we can just maintain order at all costs, we’ll be fine. So we do whatever it takes.

How do you live in a world where sin works? Where wickedness permeates the very roots of our systems and nations? The choice is before us, even if we never find ourselves in the Oval Office.

I work for a church, am married, and have friendships. I am faced with the same decisions, just at a smaller level. If I want something, I can figure out a way to get it. If I want an outcome to occur in my marriage or my church or my friendships, I can cut corners, manipulate circumstances, and manage my outcomes in order to get the things I desire.

But just because I can does not mean that I should.

The ethics of the Christian person is not in the outcomes, but in the means. Our responsibility lies is the smaller moments of day-to-day interactions and our own human relationships. We must be faithful in the little things. And these little things matter.

That’s why Jesus instructed those of us in his kingdom to do the small things well: be honest, control your temper, erase lust from your life, pray, give to the poor, help people carry things, and watch out for making quick judgments. Notice throughout Jesus’ teachings in the Sermon on the Mount and elsewhere there is little said about results. What will happen after we obey this Jesus? What occurs after we crucify this sin within us? Well, put one way, I believe what happens after obedience is what the Bible calls “God’s will.”

God tells his people to live obedient lives as he works out the outcomes. Our job is not to control the growth rate of our churches or the direction of our lives. Our God will, as the prophet Daniel says, “Raise kings and lower kingdoms.” He is the one responsible for the outcomes; we are the ones who need to live with integrity, courage, and generosity.

Sin works, but it works toward the wrong end—it works toward our agenda. We often fail to realize that this may be the most disastrous thing. When we contribute to the violent, wicked stream of the world, we are choosing to win the smallest battles in insignificant arenas. We must be convinced of the smallness of our dreams.

These personally planned victories are only temporary. Our nations only rise for a blip on the radar of history. Our churches only grow for a season. Our successes are only impressive to a limited number of people. There will be one who all will look to, who will garner the proper attention from all peoples, nations, and languages as he sits on his throne at the end of days. Only then will we understand his way was, in fact, right, and that our ways of self-promotion, violence, and sin produced what was insignificant and temporary.

Right now the church I work for is growing. Each year, we look at little bars on pieces of paper that keep getting taller: more baptisms, more families joining, more people giving, and more memberships. We are amazed at the work of God in our midst.

As we look at this growth, we as a leadership team are learning the art of humbling ourselves before God and keeping our eyes on the one who gives the growth. In our pastoral department meeting we are not talking about managing results and controlling the outcomes of our ministries or how we can make our programs better. No, instead we are taking communion together, praying for each other, reading Scripture. We are reminding ourselves of the temporary nature of our lives and the eternal wonder of God. We are praying for people by name, visiting hospitals, studying the Word, attending parties, and calling people back to God. As we grow, we are focusing on obeying God, knowing that if we do these things and continue to leave the results up to him, we will be victorious in his kingdom's agenda.

Our addiction to sin lies in its ability to give us exactly what we want. “You will be like God,” the serpent says. Ah yes, like God, but not with him. We lack the ability (or the humility) to understand that what we want is a destructive thing because it separates us from the living God and his will, that the nations we build and the ministries we start in order to “do great things” are actually just a drop in the bucket of the great things this God does when we obey him with simplicity and faithfulness. To follow this God, to enter in as a student into his ways, is about reorganizing our priorities and being proven wrong over and over again in that our desires for a better world are too small.

Chris Nye is a pastor and a writer living with his wife, Ali, in Portland, Oregon. Connect with him on Twitter @chrisnye.

Discipleship
A Purer Heart, Thanks to a Prodigal
One woman's powerful story led me to ask some honest, soul-searching questions.
David Staal
Trending