7 characteristics of success that can lead to adultery.
Mike MacKenzie 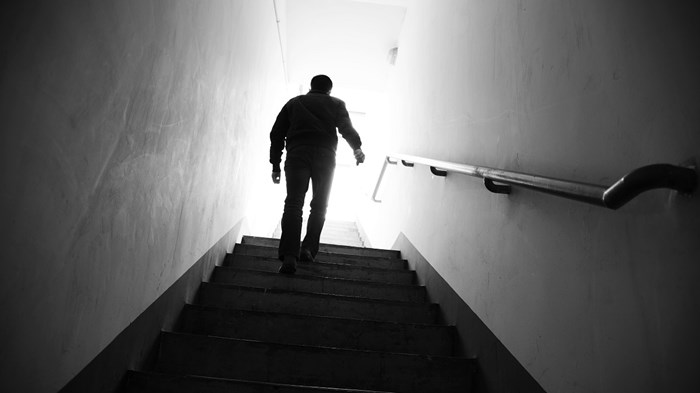 Jake’s father was a successful politician and his mother was a lawyer. He had a proclivity toward philosophy and music, and he looked like a rock star with his unkempt hair, flannel shirts, and tattooed forearms. While attending a large university, Jake began to spiral into despair fueled by drugs and empty philosophy. He was introduced to an edgy Christian group on campus, and much to his surprise and that of all who knew him, he gave his life to Christ. Jake’s combination of intelligence, eloquence, and creativity catapulted him into leadership in the campus Christian group, and he connected with a local church.

Upon graduation he accepted the worship leader position at this church. He got married and started having kids. Over the next eight years, Jake moved from worship leader to teaching pastor. The church grew rapidly. In addition to speaking and teaching at the church, Jake became a sought-after conference speaker and, as often happens, he began writing books.

When Jake called Marble Retreat, his voice carried a mixture of numbness and sadness. He began by saying he had just been caught in an affair, had been relieved of his ministry duties, and was staying at a friend’s house, trying to save his marriage. Could we help?

Marble Retreat is an intensive counseling center for Christian leaders. We often deal with extra-marital affairs. We work with up to four couples at a time, and more than once, all four couples were here for recovery after an affair.

Why would someone have an affair when everything seems to be going well?

Working with such couples, I’ve found it interesting to note when the affairs happen. Often pastors get into an affair when ministry is going well, when they are achieving their ministerial career goals and dreams. Why is this so? Why would someone have an affair when everything seems to be going well?

Many pastors, including Jake, come to Marble asking, “How could this happen?” Based on their stories, we’ve learned that the following are some of the factors that set the stage for an adulterous affair.

2. Because everything appears to be going great, everyone assumes the pastor is doing great. No one raises red flags about a pastor when everything is thriving. Most people assume performance equals health. When everyone thinks, This pastor has the hand of God on him, because of the observable ministry results, any evidence contradicting this narrative gets ignored or twisted into something acceptable.

3. Pastors themselves think they are doingfine. Because of the results they are seeing, pastors may sell their own soul a piece at a time for the sake of success. Then they begin to rationalize the crossing of boundaries and inappropriate behavior.

5. Success invites pressure and stress, which can bring back old enemies. Under the right (or wrong) conditions, we all can return to bad habits and forms of coping. I have seen pastors return to pornography after a 10-year abstinence when the stress of success hits home.

6. Opportunities for an affair increase with popularity. When a pastor exudes confidence and passion onstage, others find that very attractive. People want to affirm and be with someone who is successful.

7. Ministry growth can lead to an unhappy spouse at home. When the pastor gets caught up in success at church, more and more time goes to maintaining or increasing that success, and less and less time gets invested in marriage and family. Many pastors’ spouses experience the church as a mistress and become unhappy, lonely, and even resentful. While the state of your marriage is not an excuse to have an affair, it can be a contributing factor. When the marriage relationship is tense and isolating, it makes the temptation even more alluring when someone friendly and affirming comes along.

His innocent pursuit of following God and serving others turned into a quest for self-affirmation through other people’s approval, which turned into a bomb.

Ministry success is not the enemy. God may be moving, the church growing, the gospel being spread. How pastors deal with success is the real enemy. Jake was too immature spiritually, emotionally, and relationally to handle his newfound success. When he encountered situations that shook his confidence (as everyone does), he covered it up. When he began to cross boundaries to seek affirmation, he rationalized it. When he began the affair, he hid it. No one knew—his wife thought it was the church, the church thought he was great, and leadership was pleased with his performance.

How to Avoid the Success Affair

There are several keys to protecting yourself from an affair borne of success.

Second, church leadership needs to accept responsibility for the spiritual health of the pastor. Too often elders, denominational leaders, and mission boards use gifted pastors and missionaries like thoroughbred race horses. “Let’s see how far we can go riding this gifted individual or couple as fast as we can for as long as we can.” Unfortunately, this often results in a breakdown. The pastor ends up fallen, incapacitated, or put out to pasture too soon.

Third, pastors need to take ownership of their own spiritual health. Thoroughbreds are made to run fast, and they enjoy it. Recently we were working with a pastor who struggles with workaholism. He was dangerously close to imploding, so we told him he needed to slow down. His response: “But I enjoy the thrill of ministry.” It’s one thing to run fast and hard with appropriate rest and the right motives. It is a totally different thing to run fast for the wrong reasons and to do anything necessary to keep running.

Jake is quietly piecing his life back together. At this point he doesn’t care about “success” in ministry. He just wants to hold on to the privilege of being a husband and a dad and figure out his walk with God. His innocent pursuit of following God and serving others turned into a quest for self-affirmation through other people’s approval, which turned into a bomb. It almost destroyed his life and marriage.

By the grace of God, he will recover and again be faithful and effective. But what a painful way to learn the lessons of a sustainable life of ministry.

Leadership|Outreach
One Pastor to Another
How well will you bridge your church's past with its future?
Allen Raynor
Trending