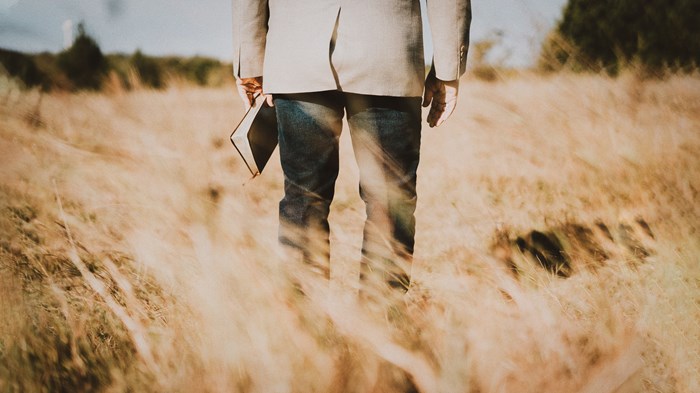 Phantom strikes. That’s what some people call them, and appropriately so. They are the words from anonymous congregants, the furtive glances and side-eyes fueled by unchecked assumptions. There was a stretch of months a few years ago where these phantom strikes seemed to rain down. People were reacting to changes at our church—some related to worship practices, a few related to leadership. Phone calls and emails poured in. We met with as many people as we could, listened and explained, talked and prayed. But the phantom strikes kept coming. Those were the most difficult because we didn’t know who was saying what. Or why.

Pastoral ministry can hurt. We don’t always get it right. But instead of asking us our reasoning, many people make assumptions about our motives and attack what they presume to be our underlying theology. Pastors are expected to be astute theologians, insightful therapists, and intuitively brilliant leaders. But few of us match the idealized vision of any of those three vocations, much less all three. Our pain from the people we’re trying to help is compounded by our awareness of our own inadequacies.

This raises several questions: Why do we keep going? Why do we give of ourselves day in, day out, week after week? Why keep answering the call every day?

That is the obvious answer. But I think it’s wrong.

At least, it’s incomplete and insufficient. It’s not enough to carry us through the dark nights and the lonely hours. It won’t push us through the pain and the hurt we’ve experienced from the ones we were trying to help.

If you don’t believe me, ask the apostle Peter.

After the Resurrection, Peter returned to fishing. Think about it: He ran to the tomb. He saw that it was empty. He was, most likely, with the other disciples when Jesus appeared to them. He may have been there when Thomas placed his hands on Jesus’s scars. And still he went back to his old livelihood.

Maybe Peter felt he had lost it all that night when he denied knowing Jesus. Maybe Peter was too confused about what the Resurrection really meant. Maybe, whatever it meant, Peter was too covered in shame for it to matter. He might as well try to live a quiet life, a smaller story.

But John 21 describes how Jesus found Peter and reenacted the scene of their first encounter, the first time Jesus called Peter to follow him.

“Throw your nets on the other side of the boat,” the voice called out from the shore. Peter knew he had heard that voice before. But it was John who recognized whose voice it was.

“It is the Lord,” John said to Peter.

It might have been John who recognized Jesus first, but it was Peter who responded—and responded radically. Peter threw on his robes and swam to shore, leaving the other disciples to drag a big haul of fish behind the boat to shore.

After their breakfast on the beach, Jesus asked Peter a heart-piercingly simple question: “Do you love me more than these?”

“Yes, Lord, you know that I love you,” Peter replied.

This exchange continued two more times, with minor variances. There has been much exploration of the nuances and shifts in word choices between the Savior and his disciple. But the main point is that Jesus was reinstating Peter. He was reaffirming Peter’s purpose, calling, and destiny. The three repetitions of the question correspond to Peter’s threefold denial.

The most significant bit, however, is hidden in plain sight.

In this restorative conversation, Jesus asked Peter, “Do you love me?”

Not “Do you love my teachings?”

Not “Do you love yourself?”

Not “Do you love purpose and mission?”

And not “Do you love the sheep?”

In the other gospel accounts of Peter’s first call, Jesus said to Peter, “Follow me and I will make you a fisher of men.” You might say that first call was about a purpose. In essence, Jesus said, “Peter, I’ll lift you from a life that is going nowhere. I’ll sweep you up in the greatest story of all. I’ll give you a role in the kingdom of God arriving on earth as it is in heaven. I’ll make you a participant and not just a recipient.” That is, after all, what it means to be given.

If Peter’s first call was about a purpose, his second call—this renewal of destiny and identity—was about a person. “Peter, do you love me?”

What is your primary motivation in ministry? Is it love of Jesus above all else? Lesser loves may lead you to enter into vocational ministry, but they cannot sustain you through phantom strikes from the people you’re trying to serve and other ministry troubles and disappointments. The love of meaning or mission or purpose or the church will not keep you surrendering and serving. Only a deep and abiding love for Jesus can do that.

Glenn Packiam is associate senior pastor of New Life Church in Colorado Springs and the author of Blessed Broken Given(Multnomah, 2019), from which the article was adapted.