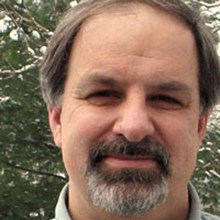 Mark is the former editor-in-chief of Christianity Today and editor of Christianity Today magazine. He was also a Presbyterian minister and the author or coauthor of several books on prayer, preaching, and pastoral ministry including Jesus Mean and Wild, Beyond Smells and Bells, and Francis of Assisi and His World.

Mark and his wife, Barbara, live in Glen Ellyn, Illinois and have three grown children and two grandchildren.