So, what about the holy war of Jesus in the Apocalypse?
Scot McKnight

If Jesus is a holy warrior in the Book of Revelation, can we just stop worrying about God as warrior and holy war in the Old Testament? To finish off, William Webb and Gordon Oeste (Bloody, Brutal, and Barbaric?) know that one of the major arguments against pacifism and against holy war traditions having value for Christian theology is the Jesus of the Apocalypse. Isn’t he there a warrior – a consummate one at that?

They take this on and they do by arguing that the War of Jesus is a metaphorical war and not a physical war, so fold up your dispensational charts and maps!

This is a wonderful new book and I hope every pastor has a copy on the shelf. Certainly all theological libraries need the book. I’ve learned a lot over the years from William Webb and no one today is as exacting as he has been in sorting out the hermeneutics of troubling texts. Thanks again to Bill for this book.

Revelation is a problem however:

John’s Apocalypse looms especially large in putting together the entire canonical portrait of holy war because some Christian scholars defend the complete rightness, goodness, and ethical purity of Old Testament holy war (the traditional view) by casting a spotlight on the apocalyptic Jesus. The argument could be framed like this: we need to accept Yahweh’s war actions because Jesus as the apocalyptic warrior wields the sword just like the God of the Old Testament. Along these lines Tremper Longman portrays Jesus as “just as violent” as the Yahweh warrior of the Old Testament …

Longman is not alone, as I’ve heard this recently of some other theologians. 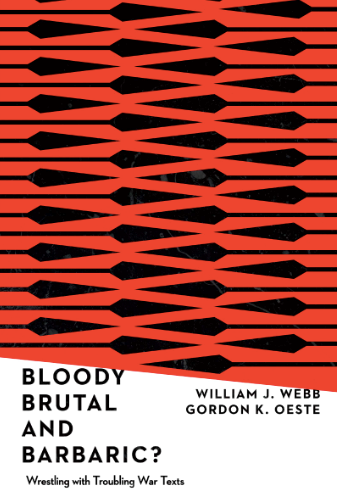 Similarity one: War language. The most graphic depiction of war comes in Revelation 19, where John describes what he sees in an apocalyptic vision:

Similarity three: Holy war and idolatry objectives. The objective of eliminating idolatry-at the heart of Old Testament holy war-is also found at the core of the war material in Revelation.

But there are major Differences:

I don’t know how many today embrace the metaphorical war of Jesus in the Apocalypse, but this defense of the view comes from a far more informed perspective about holy war texts than most.

Join the conversation on Facebook
Tags:
None
Posted:
April 21, 2020