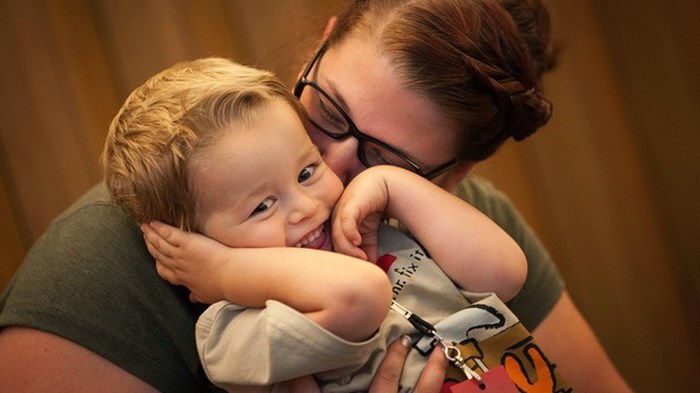 For the first two years of my son’s life, I felt like a complete failure.

As Rowan’s parents, Erik and I battled. We battled delayed speech. We battled meltdowns and tantrums that made no sense, even for a two-year-old. We battled his panic attacks in Target, Costco, and the grocery store. We battled self-injury. We battled each other because we didn’t understand how to parent our kid.

We finally asked ourselves, “What’s happening here?” Was Rowan just an unusually difficult child, or was it something else? For too long, we battled against something that didn’t have a name. But, after a series of appointments, tests, and evaluations, we found one: autism spectrum disorder, or ASD.

Chances are, you know someone affected by autism. This month is Autism Awareness Month, so parents like me are blogging and posting on social media about the disorder. With 1 in 68 children being diagnosed with ASD—and 1 in 42 boys—it’s becoming more common, the fastest-growing developmental disorder in the United States.

A neurological condition, autism can go unnoticed by onlookers, who might assume a child is merely misbehaved, unsocial, rude, awkward, or just plain weird. These traits can easily isolate the child and, sometimes, their whole family. Right now, there is no known medical cause of autism and no cure.

After our initial battle, and through our ongoing efforts to support our son, I’ve come to see the church ...