Home > 2015 > February
What Google Searches Tell Us about SexAnd how understanding sex as gloriously ordinary might help make it better.Amy Julia Becker 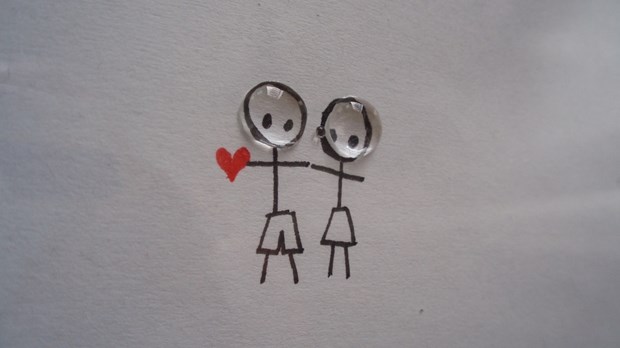 I had been married for a few years when an engaged friend asked me about sex. She wondered if I had any advice for her wedding night or beyond. I told her two things. One, that sex is more wonderful than our culture ever admits. Two, that sex isn’t nearly as dramatic as our culture (including our own evangelical subculture) makes it out to be.

A new survey of Americans’ habits searching the internet for sex advice might just support my second point. Writing for the New York Times in Searching for Sex, Seth Stephens Davidowitz reports on some basics: Americans exaggerate the amount of sex they have in all contexts, within marriage, outside of marriage, with protection and without protection. He uses Google searches to evaluate the questions Americans are asking about sex, and he notes that most people—again, married or not— are searching for answers about why they don’t have more sex. Davidowitz thinks he has the answer:

Sex can be quite fun. Why do we have so little of it?

Google searches suggest one predominant reason: enormous anxiety, with much of it misplaced.

He goes on to detail the types of questions people ask of the ubiquitous search engine—questions about the size of their genitals (which, Davidowitz points out, might be better answered through a ruler than a computer), breasts, butts and waistlines, and about a host of potentially embarrassing moments and unpleasant odors during sex. In other words, we seem to be worried about the ordinariness of sex.

Davidowitz postulates that all this handwringing exposes our common, and unnecessary, insecurity. I imagine he’s right. But I suspect that this insecurity arises at least in part because we have forgotten the ordinary nature of living in real bodies. Sex certainly can include sensuality and thrills and even ecstasy, and yet only if we don’t expect it to be something that it isn’t. A culture of airbrushed and retouched images that provide a profoundly misleading expectation of what bodies look like—with or without clothes on—and how bodies act during sex sets us up to be surprised by the individuality of each of our bodies, the process of aging, and the necessary imperfections we each bring.

I sometimes wonder if sex should be compared to eating dinner or running a few miles or praying rather than compared to fireworks. Moreover, I wonder whether it is in this context, understanding sex as an ordinary experience between two ordinary people that over time that actually allows for fireworks, so to speak. Sex does include moments of ecstasy and intimacy and communion for most couples, but I wonder if what matters more in a sexual relationship is what matters at a dinner table—showing up, trying new things on occasion even if they don’t work out, serving one another day after day after day.

Pop American culture glamorizes the ecstatic possibilities of most sexual encounters (with the exception, so I am told, of Lena Dunham’s Girls), whether that sex happens as a one-night stand or in the midst of a committed relationship. Even evangelical culture can lead Christians to think the first sexual experience will be physically ecstatic, as long as it doesn’t happen until the wedding night. But most of the popular conversation doesn’t revolve around the kind of sex described by the questions people are asking on Google about body odors and the size of various body parts. Most of the popular conversation doesn’t revolve around the fact that although sex is both thrilling and ecstatic—that drama emerges only as two ordinary, vulnerable bodies come together and practice giving to and receiving from one another over time.

Sex, as I told my friend a long time ago, grows into something surprisingly wonderful. It is also surprisingly ordinary. Perhaps the ordinariness of it actually relates to its profundity. And perhaps if we as a culture were willing to remember the ordinary nature of sex we wouldn’t be quite so anxious about it all the time. And without all that anxiety, the ordinary becomes the foundation for ecstatic encounters guarded and surrounded by love.

Marriage; Sex and Sexuality
February 13, 2015 at 7:53 am
To add a comment you need to be a registered user or Christianity Today subscriber.

What Google Searches Tell Us about Sex

What Google Searches Tell Us about Sex