Sarah Drew, an aspiring actress from Connecticut, made her big-screen debut in Radio. But no role will come before her family—or her faith.
by Joan Brasher|March 2, 2004

The stars of Radio—recently released on video—include such Hollywood heavyweights Cuba Gooding Jr., Ed Harris and Debra Winger. So most wouldn't recognize newcomer Sarah Drew, 23, who makes her big-screen debut as the daughter of coach Harold Jones (Harris). Drew's real-life father is a pastor, and her husband is a divinity student at Yale. As a committed Christian, she doesn't fit the usual profile of a budding Hollywood actress. She talked to us about Radio—and how her faith and marriage affect the choices she makes.

Radio takes place in a small Southern town, and yet there isn't one scene inside a church. Why was that?

Sarah Drew: There were a couple of scenes cut which were filmed in the church I attended for the 11 weeks I was there (Walterboro, S.C.). I was really bummed that they were taken out. It was an AME church, and I was definitely the only white girl. But it was so fun and a great service and a great pastor. The pastor and the congregation were in two scenes and I'm not sure why they cut them out. There is one scene outside the church that was kept in.

In the movie, Coach Jones decides that helping Radio is the right thing to do. Why don't people do that kind of thing more often?

Drew: Because it's hard. It takes a special conviction to decide to go against the crowd and to know what is right and to act upon it. In this culture, we're kind of self-obsessed and we want to do what's best for ourselves. What Coach Jones did was take Radio under his wing, someone who's not valued in society—and if anything is considered a nuisance—and he really gives him the dignity he deserves.

You're a minister's daughter. Did you draw on that at all when playing a coach's daughter? 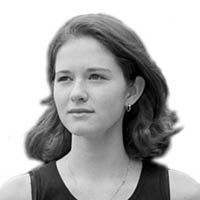