As one third of Destiny's Child, Michelle Williams is arguably one of the world's most well-known entertainers. But there's another side to Williams that many don't see: She's a gospel singer. Her first solo project, 2002's Heart to Yours, was fairly direct in its declarations of faith, while her recently released second CD, Do You Know, is a little less so. But both are selling well, opening the doors for many mainstream fans to hear a message of faith. In a conversation with Christian Music Today, Williams talked about her "reverse crossover" and how fans have reacted to her gospel endeavors.

What has it been like making a reverse crossover from pop music into gospel music?

Michelle WilliamsThe transition for me was okay because what I wanted to do was bring the same energy from Destiny's Child into what I do on my own. I didn't want it to change. I feel like if I give my all when I'm performing on stage—sweat and all that—I'm going to do the same thing either way. I did get a little bit of criticism [for doing gospel music], but the love and support I did get outweighed that. Other than that, I've had a great time. When I do gospel shows, I'm so geeked cause I'm such a fan. I see people like Israel [Houghton] and Mary Mary who I've either grown up listening to, or over the past few years have really influenced me.

Describe the planning process behind Do You Know compared to your first solo album?

WilliamsOn my first album I made sure I gave people the gospel. But that wasn't as much what I wanted on this album. I had to talk about issues that are real, more about me, my life experiences and how God guides me through them. Just because you're a Christian doesn't mean you don't go through the same things or temptations ... 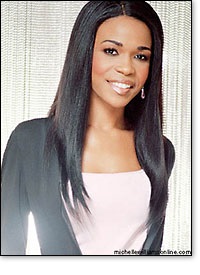