With the much anticipated film adaption of The Lion, The Witch and The Wardrobe opening this week, everybody has wanted a piece of the Narnia marketing action. Nearly every product you can imagine—books, Bible covers, maps, action figures, replicas, buttons, keychains, even Happy Meal toys—is available.

The Christian music community jumped on the Narnia marketing bandwagon with a CD of songs "inspired by" the book. (It's silly to say they were inspired by the movie, because none of the artists had seen it yet.)

But 25 years ago—long before marketing machines and mass merchandising—there was the original Narnia soundtrack. The Roar of Love, released by 2nd Chapter of Acts in 1980, was a cutting-edge (read: synthesizers!) rock opera/concept album based on C. S. Lewis' beloved book. Fourteen songs totaling a little more than 35 minutes, Roar was—and still is—a brilliantly creative tribute to that magical world and its majestic Christ-figure, the great lion Aslan. 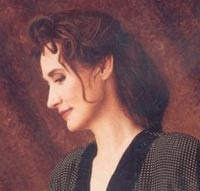 Annie Herring, the principal songwriter and the oldest of the three Ward siblings who made up the group (sister Nelly and brother Matthew were the others), has been busy with solo albums and various ministry opportunities since 2nd Chapter disbanded in 1988. She lives in Colorado with her husband Buck, who produced the group's albums.

Now, on the eve of the film's release, Herring was more than happy to talk to us about The Roar of Love—but not before reminiscing a bit about the good old days.

What was the best part about being in 2nd Chapter of Acts??

Annie Herring I would say that the best part was knowing that you were in obedience to the Lord and singing as one voice as he anointed. Being with my brother and sister and seeing ... 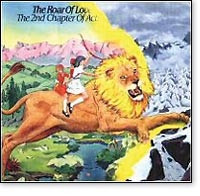