It's probably unfair to compare and contrast two films just because they star the same actor and come out at the same time, but compare and contrast the two latest Heath Ledger movies I shall. Brokeback Mountain is a drama, even a tragedy, about two homosexual lovers that shows how secret affairs can inflame jealousy and destroy families. Casanova is a comedy about one of the most famous heterosexual lovers of all time, and it gleefully mocks the Catholic Church while celebrating the liberating power of brothels and the like. The former film, which shows some of the negative effects of sexual immorality, has provoked outrage among some Christians. But will the latter, also depicting illicit sex, prompt the same response?

Not that outrage would be a proper response. On closer examination, it turns out there is more to Casanova than a celebration of promiscuity—though there isn't less. Giacomo Casanova (Ledger) is a notorious libertine who lives in Venice and, in one early scene, flees a convent full of admiring nuns because officers from the Inquisition have come to arrest him. "Eternal damnation for one night with Casanova," says one official to a novice when he finds evidence that Casanova has been in her chamber. "Seems fair," she shrugs. 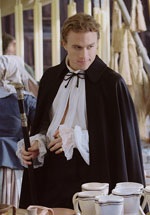 Thanks to the intervention of the Doge (Tim McInnerney), or local magistrate, Casanova is spared a hanging, but the Doge tells Casanova he has become increasingly difficult to protect, so he can no longer stay in Venice—unless he marries and becomes a respectable citizen. Oh, and he has to do this before Carnivale, which takes place in just a few days. Casanova rises to the challenge and soon seems to be well on the way to beating this arbitrary deadline; he visits the pious ... 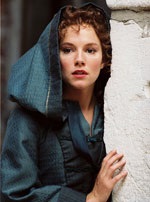