Perry Moore, a lifelong sci-fi and fantasy fanboy, has always wanted to see his favorite book, The Lion, The Witch and The Wardrobe, made into a movie. Now it is—and he's the executive producer.
by Mark Moring |December 6, 2005

Perry Moore is the ultimate geek, and he readily admits it. Thirty-four years old, he still goes to the comic book store every Wednesday to check out the new releases. He grew up loving fantasy and sci-fi, and he's never grown out of it.

What kicked it all off was this little book called The Lion, The Witch and The Wardrobe, which his mom put in his hands when he was 7 years old. Moore never grew out of it, and in many ways, never grew up. He still approaches that book—his favorite of all-time—with childlike wonder.

So imagine his thoughts when, at the age of 29, he was appointed this daunting task: Convince the C. S. Lewis Company (i.e., the writer's estate) to sign over the rights to the Chronicles of Narnia—including The Lion, The Witch and The Wardrobe—to turn the beloved classics into a series of movies.

Moore, then an executive with Walden Media, made his pitch, the Lewis folks were convinced, and the deal was done. Now, five years later, Moore's lifelong dream comes true as The Lion, The Witch and The Wardrobe—made by Walden and distributed by Disney—releases to theaters worldwide this Friday. And when the credits roll, Perry Moore's name will be near the top of the list—as Executive Producer.

Moore, now 34, has chronicled the making of the film in a new book with a mouthful of a title: The Official Illustrated Movie Companion for The Chronicles of Narnia: The Lion, The Witch and The Wardrobe (HarperSanFrancisco). It's an attractive coffee-table tome for any Narnia fan—of the book or the movie. But it's more than just a bunch of pretty pictures; it's also well written (Moore was an English lit major at the University of Virginia) and full of interesting behind-the-scenes ... 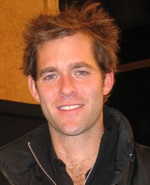