The Number 23 should be a provocative psychological thriller. It should be a good movie. It has an intriguingly creepy premise. It has a stylized (albeit disjointed and inconsistent) look and tone. And it has good performances—especially by Jim Carrey in his first dark, thriller role. You want to like it as you watch it.

But when it's all over, it's ultimately unsatisfying. It's not that the film lacks anything. But in fact, it's the opposite. It has too much. Of everything. Directed by Joel Schumacher (Phone Booth, Batman & Robin), The Number 23 tries to carry too many themes, fit into too many genres and tell too many stories. Its promise is drowned out by a din of various themes, moods and storylines. Its thrills and tension are dampened by boring scenes of too much talking and repetition.

At the center, obviously, is the number 23. The movie plays off a seemingly long-established numerological theory (called the 23 Enigma) that the number 23 plays some mythical significance in the universe. After all, the human body has 46 chromosomes (23 from each parent). Geometry is based on 23 natural laws. The Earth's axis is tilted 23.5 degrees (and the .5 is simply two plus three). And like 13, the number 23 is often associated with bad luck, tragedy and death. It's cursed, some say, and can be linked to notorious historical figures and tragic events. For instance, the World Trade Center was attacked on 9/11/2001 (9+11+2+0+0+1 = 23).

As many believers in the 23 Enigma find (reportedly including William S. Burroughs), once you start noticing the coincidences of where the number shows up, it becomes an obsession. It's seemingly everywhere. Is it because the number has some secret control of your life? Or is it because you are ... 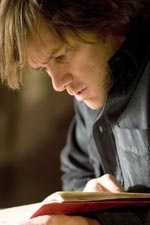