Consider the proverbial straw that broke the camel's back. Now, think of the Christian music industry as the camel. As the economy continues to falter, might the straw be upon us even now?

An extraordinary number of things have worked against the Christian music in recent years, even before the recession—starting with illegal downloads. (Yes, even Christians steal music.) There was some relief when Christian music found its way into stores like Target and Wal-Mart, but sales didn't increase much, and Christian bookstores were hurt. Radio found a formula and a target audience, but record labels, feeling the pinch and afraid to take risks, focused so much on that target that music became homogenized. Now radio is pinched as well.

The camel's knees are starting to buckle. But is the recession enough to break the entire industry?

"The money is just drying up," says John W. Styll, president of the Gospel Music Association. "And it's not being replaced."

Industry veteran John J. Thompson is more blunt: "In the last four years, the sky has fallen. The industry is not what it was, and will never be what it was."

New recording artist Stephanie Smith says she has to work an extra job because "it pays the rent. Music doesn't. I have a college degree and I have a record deal, and I work at Starbucks. That's my bread and butter. It's just not how I envisioned it."

"I know a few songwriters who are struggling enough that they're on the verge of calling it quits, which is tragic to me, kingdom-wise," laments veteran indie artist Andrew Peterson. "God has gifted these people to shine this light, and the state of the economy right now isn't allowing them to do that. That kills me."

Many Christian bookstores have closed their doors. Many ... 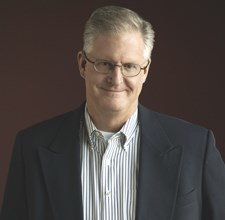